The McAfee software founder was detained on Saturday when about to board a flight to Istanbul with a British passport, a Spanish police source said. 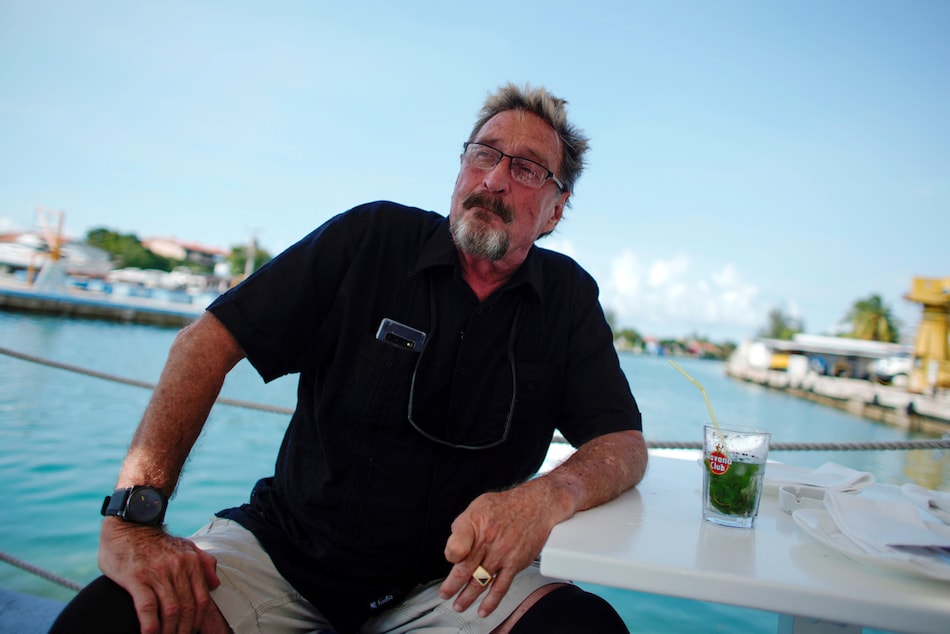 John McAfee, an antivirus software creator indicted for fraud in the United States, was in a Spanish jail on Tuesday pending extradition procedures after being arrested in Barcelona airport at the weekend, sources said.

The McAfee software founder was detained on Saturday when about to board a flight to Istanbul with a British passport, a Spanish police source said.

A judicial source said McAfee was then presented to a high court judge through a video call and sent to prison without bail where he will await the extradition process.

A third source, from the Catalonia region's justice department, said he was in the Brians 1 jail, which opened in 1991 in an industrial area 45 minutes by car from Barcelona. Some local politicians have been jailed there for corruption.

No other representatives were immediately contactable.

McAfee's wife Janice McAfee, in a Twitter post on Tuesday afternoon, said her husband was in "good spirits" and wanted to thank his supporters.

"Since we left the United States, it has meant the world to both of us knowing that there are still believers in freedom all over the world," her statement read.

"Regardless of what John may or may not have done, he has spent most of his retirement fighting not only for his own freedom, but everyone's freedom."

My statement on John's detainment. pic.twitter.com/VU0WpUGp6R

US federal prosecutors unsealed an indictment on Monday against McAfee over charges that he evaded taxes and wilfully failed to file returns.

That came shortly after the Securities and Exchange Commission revealed it had brought civil charges against McAfee, alleging he made over $23.1 million (roughly Rs. 169 crores) in undisclosed compensation from false and misleading cryptocurrency recommendations.

He is alleged to have earned millions in income from promoting cryptocurrencies, as well as through consulting work, speaking engagements, and selling the rights to his life story for a documentary.