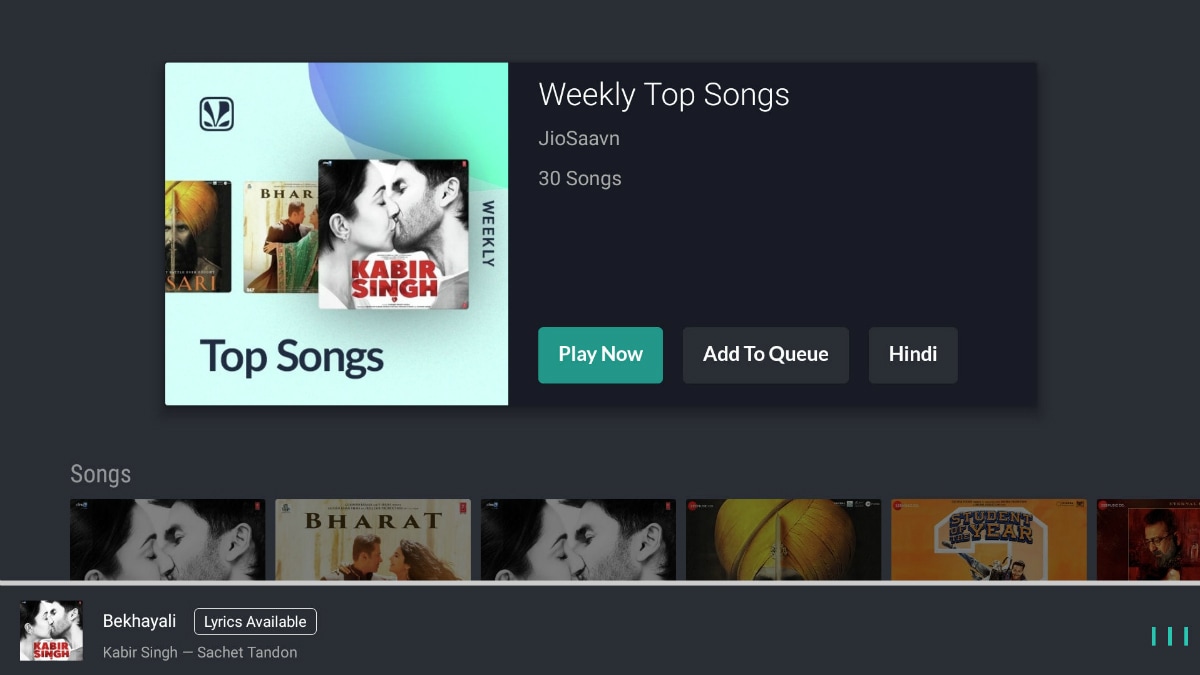 As per the listing on the Amazon Appstore, the JioSaavn app for Amazon Fire TV Stick comes in 10.6MB of size. The app is touted to offer all the music libraries that are part of the JioSaavn service. Additionally, Fire TV Stick users can avail personalised playlists and listen to original audio shows and podcasts such as Time Machine, Paodcast, Geek Fruit, and Cyrus Says among others.

To download the JioSaavn app on your Fire TV Stick, go to Apps > Music & Audio. You can also use built-in search support to find the app on your device.

Some users on Twitter noticed the arrival of the JioSaavn app for Fire TV Stick. One of the initial users also pointed out that despite being a JioSaavn Pro subscriber, the app on Fire TV Stick shows ads. The JioSaavn support team has acknowledged the bug and confirmed its fix in the pipeline. MySmartPrice first reported the launch of the app.

Notably, the JioSaavn Pro is designed to provide access to original shows, podcasts, and high-quality streaming experience alongside millions of listed songs -- all without ads. Customers need to pay Rs. 99 a month or Rs. 999 a year to avail the Pro version, though.

In October, Apple released the Apple TV app to Amazon Fire TV platform. Google also brought back the YouTube app for Fire TV and Fire TV Stick users in July more than a year after being absent as a result of its strategic partnership with Amazon.