Jio SecureID “uses a highly secure patented technology wherein your passwords or PINs are not stored anywhere,” as per the official details. 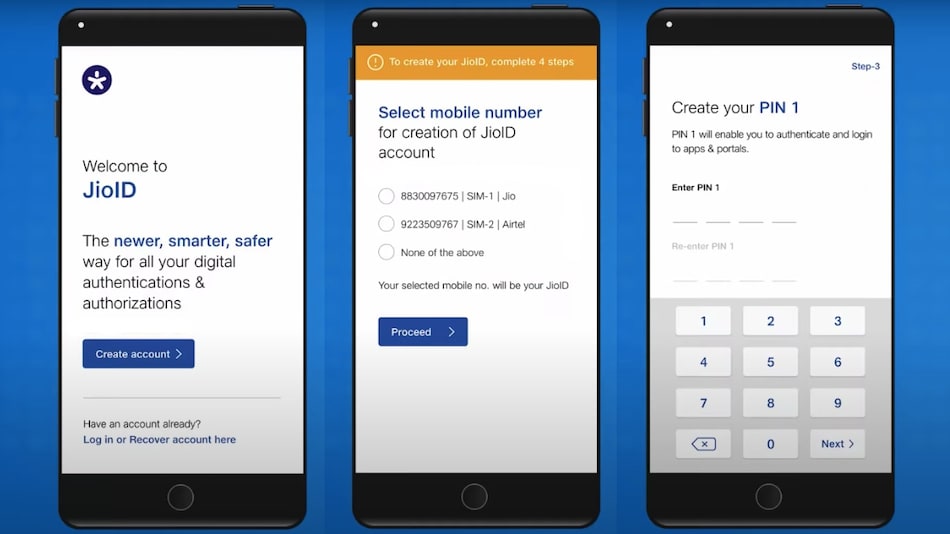 Jio SecureID is the latest service by Reliance Jio as the telco expands in new digital businesses. As its name suggests, the new product by the company is designed as a digital authentication and authorisation system to let users log into apps and websites using a single identity. This sounds similar to systems including “Sign in with Apple” and Google's sign-in approach. However, Jio appears to take its development a step further by adding Aadhaar verification. The new offering is currently in a testing phase and has been provided for Reliance Group employees, though it would eventually reach end users — just like other Jio offerings.

As per the details available on the Jio site, Jio SecureID “uses a highly secure patented technology wherein your passwords or PINs are not stored anywhere.” The company claims that the system can't be hacked. It uses two different four- and six-digit PINs, where six-digit PINs will be used to authenticate high value transactions.

The FAQ page on the Jio site shows that the new system has initially been implemented on the Reliance Group Employee Self Service "ESS" portal. However, there are plans to bring it across all Reliance apps and portals in the coming days. The system is currently in beta testing for Reliance employees, though the FAQ page says that it is aimed to be used on any apps or websites in the future.

A query sent to Jio for a comment on the launch of Jio SecureID didn't elicit a response at the time of publishing this story. The development was first reported by a Jio-focussed blog Jio Recharge News.

How does Jio SecureID work?
Jio SecureID is available for beta testing through an Android and iOS app. Once users download the app, it will ask them to select their mobile number for creating a JioID account. The number can be based on the Jio network or any other telecom service. This means that the system isn't meant specifically for Jio users.

After the number has been selected on the Jio SecureID app, it will send an OTP and then ask users to scan the front and back of their Aadhaar card. This will allow the system to capture Aadhaar details alongside the mobile number of the users signing up for the unique login ID. The app will then ask to record a 20-second video by reading a message displayed on the screen.

The video message will be used to help maintain the rule of providing a single Jio SecureID to each user and make sure that a single person won't have two Jio SecureIDs, as per the details on the FAQ page.

Scope of Jio SecureID
Reliance Jio has various services apart from its telecom network under Jio Platforms that all would start using Jio SecureID. In the recent past, the company brought JioMart as its grocery delivery service. It was also spotted having a video conferencing solution in the works that is called JioMeet. Similarly, there is JioSaavn as the company's own music streaming service. All these are likely to get a Jio SecureID integration.

In addition to Jio's own products and services, the company already has Facebook as one of its key investors on board that may embrace Jio SecureID over time for its platforms. Jio is also in plans to make Jio SecureID available for Jio Phone users — apart from its initial testing on Android and iOS devices. This means that it would reach a large number of users over time.

A privacy policy has been in place that seems quite standard. It says that the personal information collected through Jio SecureID might be shared with third parties and external organisations or individuals.

Jio's growth from going beyond a telecom operator in India and building a digital empire has attracted investments worth Rs. 97,885.65 crores from seven distinct investors in the last two months, with the most recent funding of Rs. 5,683.50 came from the Abu Dhabi Investment Authority (ADIA). These investments would help the company further enhance its presence and bring technologies like Jio SecureID to the masses.