Aniston's photo debut was so major that it caused Instagram to malfunction. 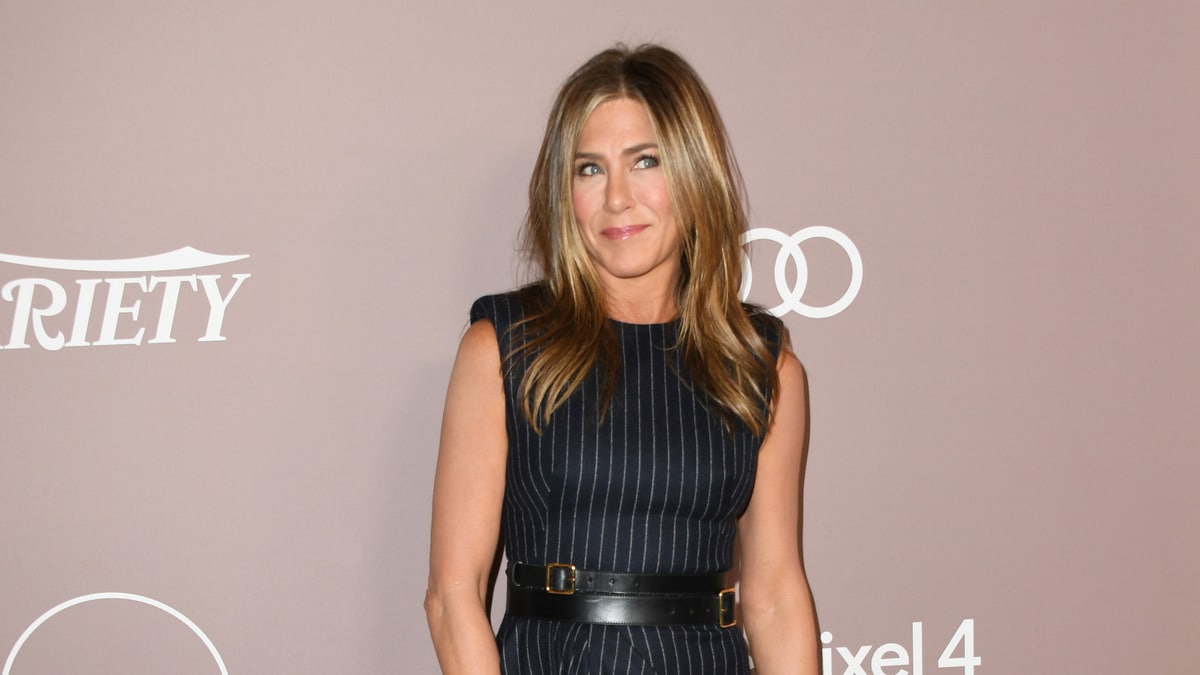 They are a dwindling group, the mega-celebrities who have shunned social media, and their ranks have shrunk by one more member: Jennifer Aniston posted a group selfie to Instagram on Tuesday and, in the process, "broke" Instagram.

The photo featuring Aniston and her Friends co-stars is exactly the kind of blurry, slightly off-center image any of us would post on the social media platform. "And now we're Instagram FRIENDS too," reads the photo caption. Cute. "My friends call me Jen," says her bio. Clever.

Aniston's photo debut was so major that it caused Instagram to malfunction. "We are aware that some people were having issues following Jen's profile earlier this morning Pacific Time due to the volume of people going to her profile," a representative for Instagram said in an email Tuesday. Don't fret: The issue has since been resolved, so you should have no problem joining Aniston's 8.2 million followers and counting.

Starting Tuesday night, the stories on Aniston's account have been full of other celebrities fawning over Aniston joining Instagram.

The actress talked about her aversion to social media as recently as a few weeks ago, telling InStyle that she worries about young people trying to figure out who they are but "doing it through someone else's lens, which has been filtered and changed ... and then it's 'like me, don't like me, did I get liked?' There's all this comparing and despairing," she said.

Still, the allure has been intense, especially as she does press for her upcoming high-profile Apple TV+ show, The Morning Show, with many interviewers asking the star when she will join social media. "I'm only human! Eventually I will cave," Aniston joked with E News this week.

A celebrity on social media creates the illusion that your favorite stars are as within your reach as that girl who went to your high school and constantly posts motivational quotes (they do share the same Minions memes, after all). Newer celebrities have used platforms such as Instagram to build a fandom. And A-list holdouts don't necessarily represent a generational divide; 29-year-old Jennifer Lawrence is not on social media, just like 58-year-old George Clooney. But while some A-listers may not need social media to help them become famous, an elusive holdout like Aniston simply starting an Instagram account attracts plenty of positive attention and headlines.

It's an easy and inexpensive way to get publicity, which is especially useful when there's a big project to promote. Julia Roberts joined Instagram in June 2018, and a month later, Amazon released the first teaser for her first TV series, Homecoming. Jake Gyllenhaal started an Instagram account in December of that year to confirm his role in "Spider-Man: Far From Home." Nicole Kidman, who had a Facebook page, joined her Big Little Lies co-stars by creating an Instagram account in January 2018 after winning a Golden Globe for the series.

Actors often have to do press to promote their new shows and movies. It's not uncommon that producers will explicitly ask the stars to promote those projects on individual social media accounts, said litigation attorney Jordan Matthews, who has worked on entertainment deals. "It's not necessarily going to be in every deal, and sometimes it's a handshake," he added.

While contractual obligations for a social media presence may not be the norm across the entertainment industry, it is becoming more ubiquitous, said Marc Simon, vice chair of the entertainment law department at Fox Rothschild. But requirements depend on the project and stature of the actor in question. Celebrities who have strong followings and who star in longer-term projects may be more likely to be asked to promote on their accounts. Celebrities who don't have their own accounts may be asked to do a "takeover" of another account.

Stars with a massive amount of followers can leverage their robust social media presence to get a better deal. "If the studio and distribution company doesn't have to put the money into traditional marketing forms, and they can just have the actor promote it on social media, then the argument is the money should be going somewhere else, which is to the actor," Matthews said.

Back in 2014, the Sony hack revealed that a production company president made a disparaging comment about Kevin Hart after the comedian wanted more money to promote a film on his social media accounts. "Knowing your self worth is extremely important people," Hart wrote on Instagram after the leak. "I look at myself as a brand and because of that I will never allow myself to be taken advantage of."

For her part, Aniston has The Morning Show, which reportedly costs around $15 million (roughly Rs. 110 crores) an episode to make (that is Game of Thrones epic-battle-episode-level money). She's already making the rounds on entertainment talk shows and appearing on magazine covers ahead of the November 1 premiere. Now that she's on Instagram, should we expect fewer Friends posts and more Morning Show ones?

Unclear. But Aniston's Morning Show co-star Reese Witherspoon, a longtime social media maven and Instagram evangelist, presented the actress with convincing arguments for why she should join, according to "Entertainment Tonight."

"You can actually have a little bit more control over the narrative that's out there," Aniston told ET. "(You can) right some wrongs and some silly things that, God knows, are said often."

That may be the most compelling case to make to Aniston, a longtime target of the tabloid press. In the past, she's penned lengthy op-eds to counter sensational headlines. Why bother with writing a 500-word essay when a pithy Instagram caption will do?

Netflix Says Mobile Plan Did Better Than Expected in India, Might Bring It to Other Markets
The Batman: Jonah Hill Said to Turn Down Offer to Play a Villain in 2021 Reboot