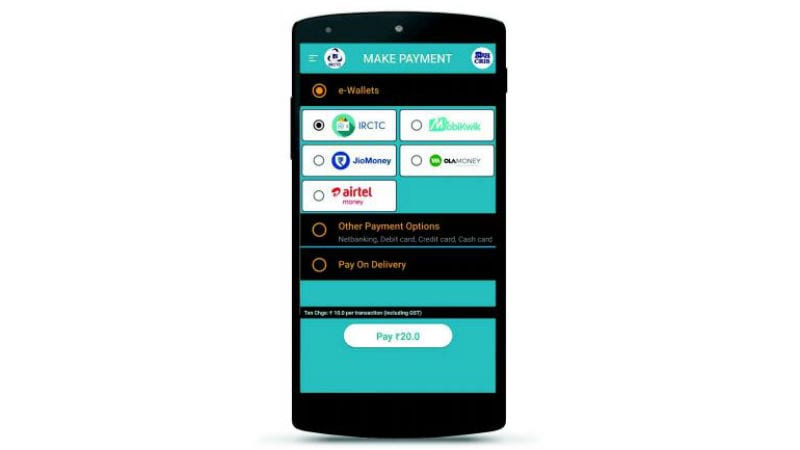 IRCTC, the Indian Railways subsidiary that handles the catering, tourism, and online ticketing operations, has rolled out an e-wallet service that lets users to book tickets, including Tatkal tickets via IRCTC Rail Connect app. As part of its efforts towards facilitating faster ticket booking, the e-wallet service has been launched as a payments system that enables users to deposit money in advance with IRCTC. Similar to other mobile wallets, this money can be used at the time of booking. This IRCTC e-wallet service can be useful for commuters as it saves time by eliminating the payment approval cycle.

The latest update was shared by IRCTC via Twitter. It also stated on its website, "Like other e-wallets - Paytm and Mobikwik - IRCTC e-wallet allows its users to deposit money in advance with IRCTC, which can be used as a payment option while booking train tickets. This e-wallet facility of IRCTC will help you save time by eliminating payment approval cycle." Notably, IRCTC has informed that if a train got cancelled from the source, the ticket amount would automatically be refunded to the user's account through which the payment was made in the app. IRCTC also tweeted about the same, "PNR (passenger name record) will be automatically cancelled. Refunds will be processed in the same account through which payment was made."

Meanwhile, the IRCTC has also provided a cab booking facility to its users on its Rail Connect app. Additionally, IRCTC has also announced a new Food On Track app to improve the onboard food delivery system. In a tweet, it said, "Now your favourite food is just a click away even during Train Journey! IRCTC brings to you delicious meals from restaurant of your choice." You will have to insert your PNR number to order food via app. Also, the app has a facility to auto cancel a meal in case the PNR is cancelled.