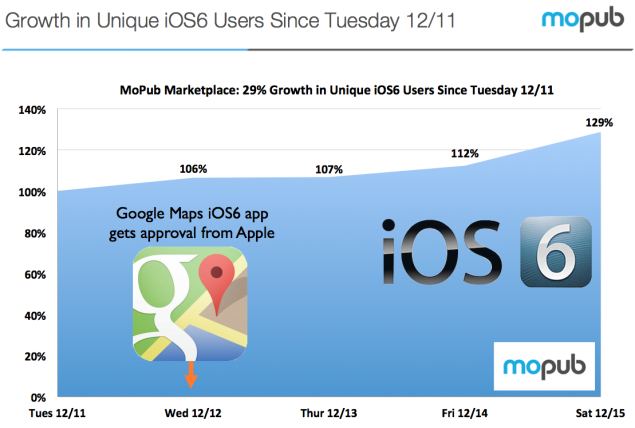 iOS 6 adoption grew 29% in four days after Google released its Maps application according to a report in TechCrunch.

The website used data provided by ad exchange MoPub to contradict an earlier report by Chitika which said that Google Maps release had no significant impact on iOS 6 adoption.

The remaining increase was likely delayed until the weekend and therefore not seen in Chitika's data because people wanted to wait for positive reviews of Google Maps for iOS 6, or they didn't have time to do the lengthy OS update and stare at a loading bar during the work week.