iOS 14 Has New Features for iPhone Users in India: All You Need to Know

iPhone users will be able to download and stream Apple TV+ shows over cellular networks for the first time with iOS 14. 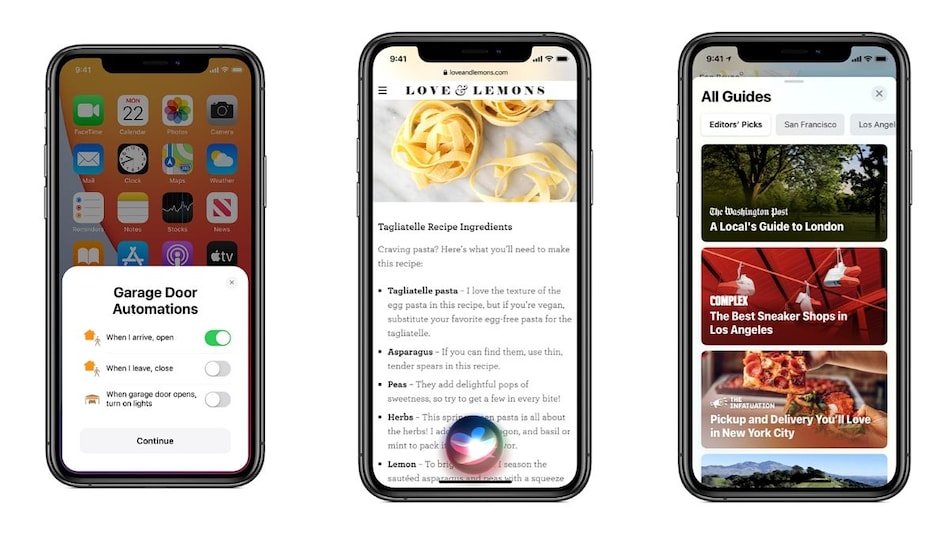 iOS 14 will get some India-specific features that were disclosed on Monday night. The next-generation operating system for iPhone models and iPod touch was unveiled by Apple at the Worldwide Developers Conference (WWDC) event. The new software update brings a variety of exciting features. Users of iPhone 6s, iPhone 7 series, iPhone 8 series, and so on are all eligible for the latest iOS 14 that is speculated to rollout later this year. Similarly, Mac users in India are also slated to receive additional features with the latest macOS Big Sur. Here's a look at the new features that users in India will be receiving.

Apple on Monday announced that the company is adding 20 new document fonts and upgrading 18 existing fonts with more "weights and italics" to give users "greater" choices. With the iOS 14, Messages will feature full-screen effects when users send greetings in one of the 23 Indian languages. If the users send greetings such as Happy Holi or Happy Birthday, the Messages app will display full-screen effects that are related to the occasion.

Apple is also upgrading its Siri with new a "compact UI' and Siri translations. The Cupertino-based tech giant notes that Siri can translate over 65 languages and users in India will be able to translate speeches from English to Spanish. This feature will likely get improved with future iOS 14 updates.

Additionally, Siri will get a new voice in English with the latest iOS version, as introduced with the iOS 13 update last year. Users can change this via Settings > Siri & Search > Siri Voice.

With iOS 14, iPhone users in India can send and receive email using addresses composed of Indian script. Apple has announced that for the first time, users can also download and stream Apple TV+ shows over cellular networks.

Along with the aforementioned updates, Apple will bring several new features such as Picture-in-Picture (PiP) support, Translate app, App Library, and more with iOS 14. The latest iOS update also includes an improved Messages experience that will offer fresh Memoji, including the ones with support for face masks.

Additionally, Apple will introduce 20 new document fonts with the latest macOS Big Sur. It will also upgrade 18 existing fonts with more weights and italics for "greater choice." Similar to iOS 14, the new macOS software version will bring animations to the  Messages app when users send a greeting in one of 23 India local languages.

"For example, send 'Happy Holi' in Hindi, and Messages automatically adds confetti to accompany the greeting," Apple explains. The macOS Big Sur is said to be a significant redesign of the desktop operating system by Apple.

Jio Fiber Outage Hits Subscribers in North India, Internet Down for Over 24 Hours
iPhone, iPad Users Will Finally Be Able to Set Default Apps for Browser, Email With iOS 14 and iPadOS 14