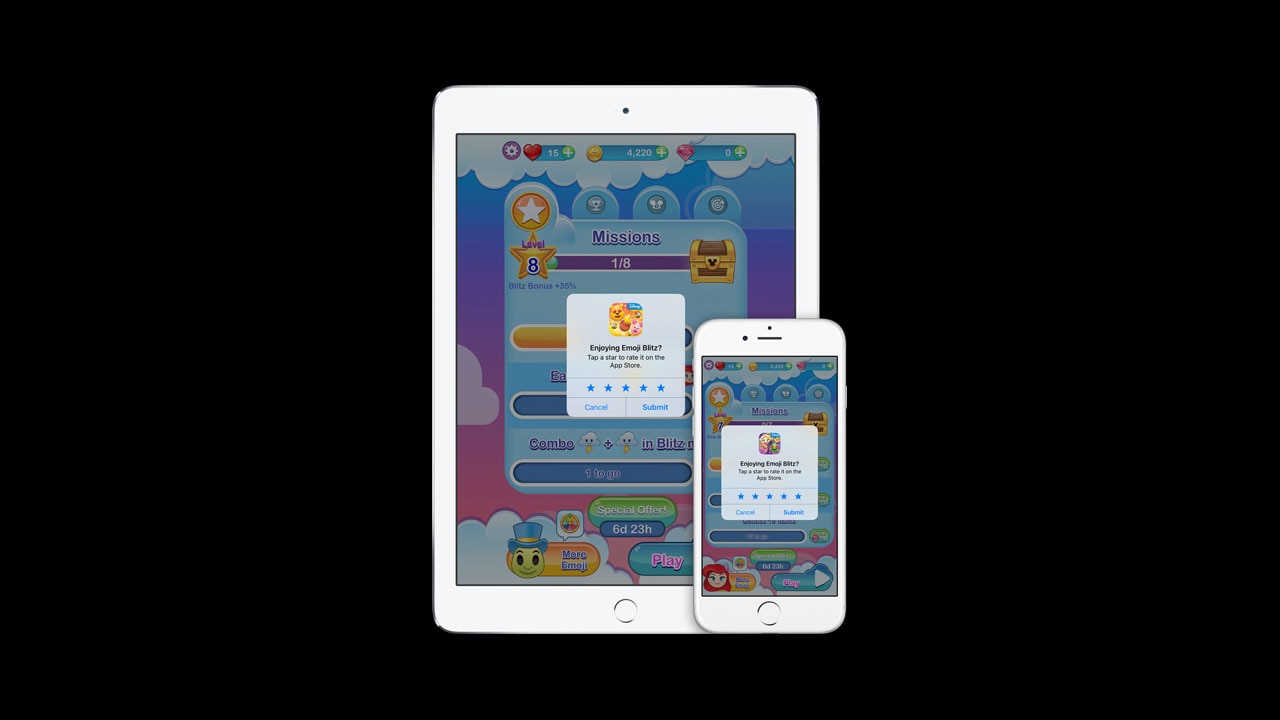 With the release of iOS 10.3 on Monday, Apple has also rolled out tweaks to the App Store’s under-utilised ratings and review system, that had come to light in an earlier beta.

For users, it’s pretty straightforward. You’ll be able to leave a star rating, and pen a review while using the app. What’s possibly even better (for some) is that you won’t have to enter your Apple ID password when writing a review.

Previously, when you said yes to a rating request pop-up, the app had no choice but to take you to the App Store. It was an archaic and fairly cumbersome system, so it’s good to see Apple make changes.

“The new StoreKit API available on iOS 10.3 makes it easy for customers to provide App Store ratings and reviews without leaving your app,” the company explained over at its developer-oriented blog. “Simply choose when you’d like to prompt the user, and the system takes care of the rest.”

In regards to the latter, developers will only be able to ask users to review the app thrice a year, to prevent users from getting annoyed, and having to face random pop-ups.

There’s more to it for developers, though. For the first time in iOS history, app developers can now respond to user reviews, to help clarify the issue, or present their side of the story against a complaint. Users will get a notification upon receiving a response to their reviews. This feature is also coming to the Mac App Store, Apple noted.

“You can now publicly respond to customer reviews of your app on the App Store for iPhone, iPad, and Mac,” it added. “When you respond, the customer is notified and has the option to update their feedback.”

There are other small changes to the App Store ratings and review system, as well. For one, each review will now include a publish date alongside it, so other users can get an idea of how dated it is. Plus, if you use 3D touch on an app review, you’ll get options to rate it as ‘Helpful’, ‘Not Helpful’, or ‘Report a Concern’.