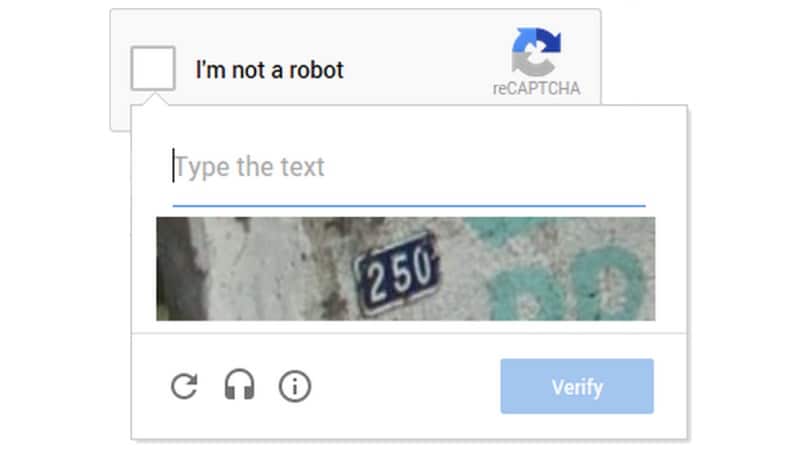 Google which until now used to prompt users to confirm whether they were robots is now rolling out a new application programming interface (API) that will radically simplify the reCAPTCHA experience.

Google's reCAPTCHA is a free service that protects website from spam and abuse. reCAPTCHA uses an advanced risk analysis engine and adaptive CAPTCHAs to keep automated software from engaging in abusive activities on your site.

The company is also bringing its bot-fighting programme to Android and the mobile version will launch with "Invisible reCAPTCHA", meaning websites will be able to tell you are not a bot automatically.

"On websites using this new API, a significant number of users will be able to securely and easily verify they are human without actually having to solve a CAPTCHA. Instead, with just a single click, they will confirm they are not a robot," said Vinay Shet, Product Manager, reCAPTCHA, Google, in a blog post.

Today's Artificial Intelligence (AI) technology can solve even the most difficult variant of distorted text at 99.8 percent accuracy. Thus distorted text, on its own, is no longer a dependable test, the post added.

To counter this, last year Google has developed an "Advanced Risk Analysis" backend for reCAPTCHA that actively considers a user's entire engagement with the CAPTCHA - before, during, and after - to determine whether that user is a human.

With the new API humans can just check the box and in most cases, they are through the challenge of typing the text.

"This new API also lets us experiment with new types of challenges that are easier for us humans to use, particularly on mobile devices. Early adopters, like Snapchat, WordPress, Humble Bundle, and several others are already seeing great results with this new API," added Shet.