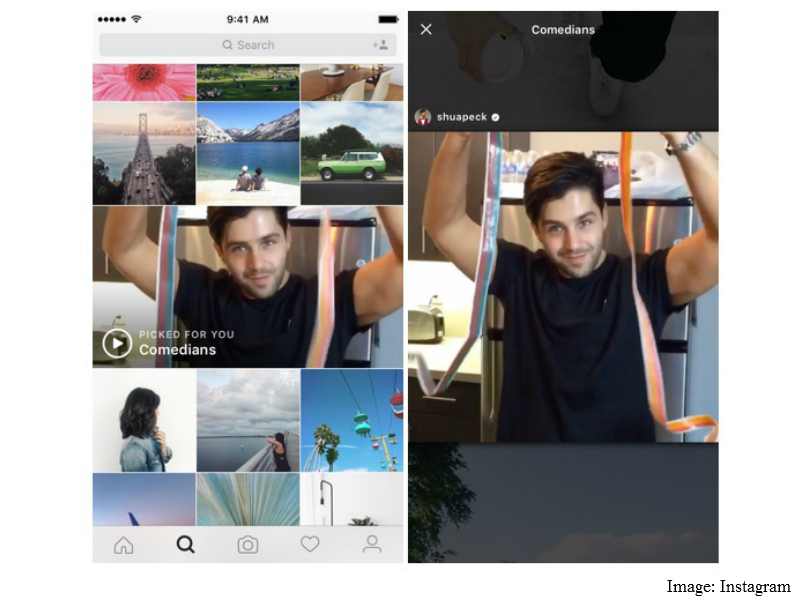 Instagram has introduced a new 'Picked For You' channel in its Explore tab dedicated just to videos. The new feature is arriving to users in the United States via an OTA update. There's no word on whether this feature will be rolled out to other regions.

This new channel collates all the videos based on the users' interests, and favourite topics. It will show up somewhere in the Explore Tab, along with all the other content flow. Following Facebook's footsteps, Instagram has also been pushing video massively. Earlier, Instagram added the 'Videos You Might Like' curator, and even the Youtube-like 'Featured' channel into the Explore tab for encouraging consumption of more videos.

On its blog, Instagram claims that video has grown by a whopping 150 percent in just the past six months. Furthermore, the social app has also announced support for multiple languages. Facebook has been translating comments and posts for quite some time now, and now it looks like Instagram will do the same. The support for translating languages will be rolled out sometime next month.

"In the coming month, you'll see a translation button on feed stories and profile bios written in languages different from your own. The Instagram community has grown faster and become more global than we ever imagined. And we're excited that you'll soon be able to understand the full story of a moment, no matter what language you speak," the company notes.

Instagram did a major overhaul this year, and changed the logo and interface of its app. Mark Zuckerberg also recently announced that the app had reached a major milestone and clocks about 500 million active users a month.