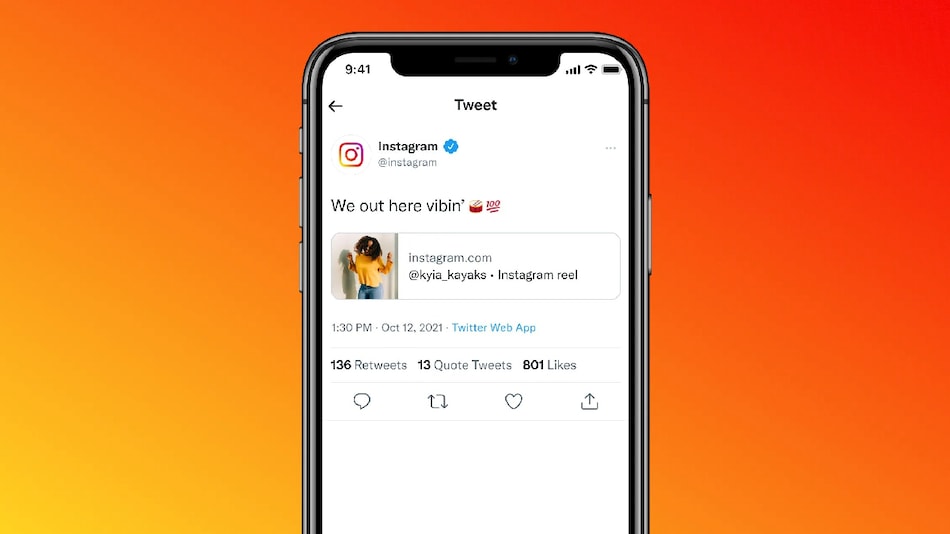 Instagram is restoring support for Twitter Card previews. With the new feature, Instagram links shared on Twitter will show a small preview of the link that includes an image instead of just the URL. The preview will let users have a look at the Instagram post without opening the link. With the latest change, when users share an Instagram link on Twitter, it will display a preview similar to how most articles and other media appear on the microblogging platform. The feature has started rolling out on Android, iOS, and the Web.

They said it would never happen… Twitter Card previews start rolling out TODAY. 👀

Rolling out on Android, iOS, and web.

Instagram and Twitter have recently added a bunch of new features. Collabs, unveiled by Instagram in October allow two users to publish the same content in a shared manner. Users can co-author Feed posts and Reels with others and both the creator names will appear on the header on the post. Both sets of followers can see the identical post or Reel as well. Additionally, Instagram has launched support for users to post photos and videos from the desktop browser.

Separately, Twitter recently expanded Spaces to all users. With the Clubhouse-style feature, users on both Android and iOS can create their own chat room. The feature allows the creation of public and private audio chat rooms on the microblogging platform. Additionally, Twitter has introduced a new privacy-related feature that lets users remove a follower without blocking them. Once a Twitter user has removed someone, the user's tweets will no longer automatically appear in their timeline. It is currently available on the Web version.