Instagram will reportedly give users the ability to control suggested posts by choosing what they want to see or pausing posts for up to 30 days. 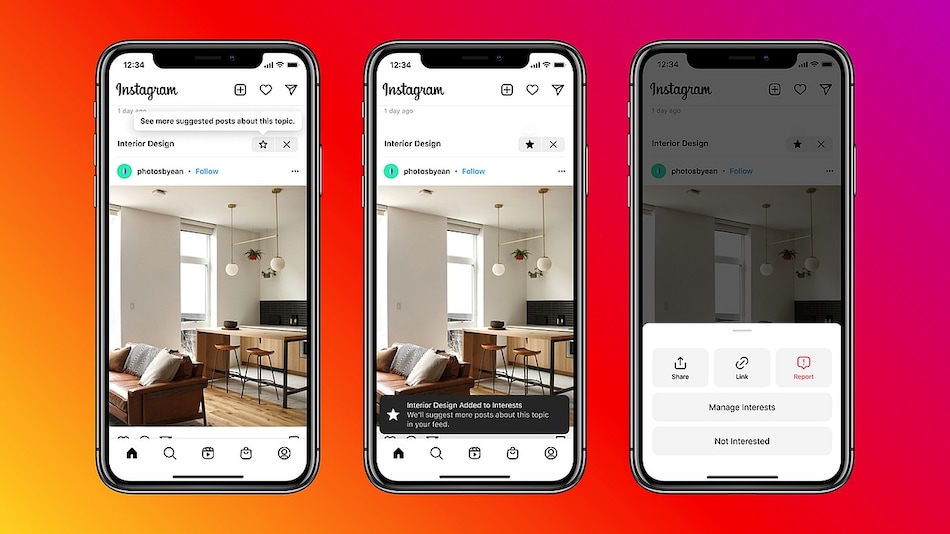 As per a report by The Verge, Instagram is allegedly testing integrating the suggested posts with the posts of the accounts users follow on their feed. The suggested posts could sometimes appear before photos, videos, reels, and IGTV videos posted by the accounts they follow. The Facebook-owned photo sharing platform will subject only a handful of users to these tests.

A Facebook spokesperson confirmed to TechCrunch that the new feature would act as an "extension" of the Instagram feed while also mentioning that the suggested posts will be shown on the basis of how a user interacts with the platform.

Instagram first announced the suggested posts feature in August 2020. Since then, suggested posts have shown up on the feed after users encounter the "You're all caught up" message. The message at the end of the new posts on the feed was introduced back in 2018. Suggested posts show users posts from accounts that have similar content to the ones the accounts they follow or the posts they have liked or saved.