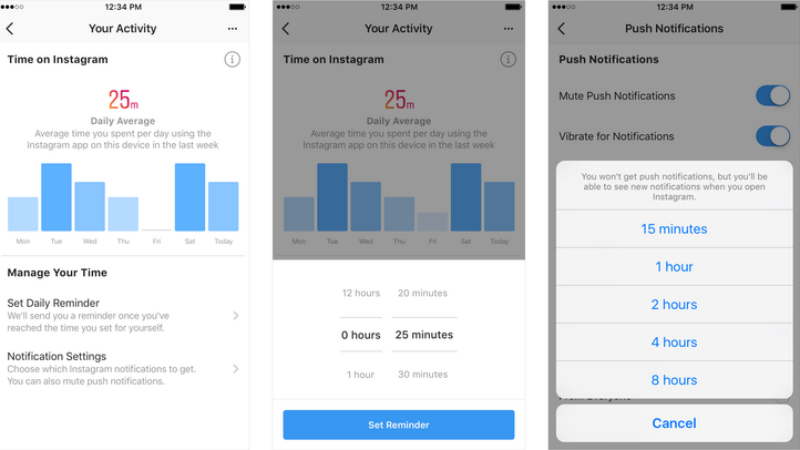 Instagram is now rolling out its own Your Activity feature that would track how much time users spend on the app.

The feature, which lies inside the "hamburger" icon on the upper right corner of your profile page, includes tools for setting daily time limits and the option to temporarily mute push notifications, The Verge reported on Wednesday.

The feature was announced in August aiming to give users more control over how they interact with social media that may be harmful to the mental health and well-being of the users if used excessively.

A similar feature called Screen Time has been introduced by Apple on its iOS, and with Google also releasing a Digital Wellbeing dashboard with Android 9.0, tech companies are thinking about helping users better manage their time using apps, the report added.

The feature is expected to be available for all Instagram users soon.

In the meanwhile, Instagram was recently spotted testing Hindi support. The new development could help the Facebook-owned company expand its presence in India, which is already the biggest market for the social networking giant that has over 241 million monthly active Indian users.

The Hindi-focused treatment is not just limited to the core Instagram experience but is also on offerings such as IGTV that debuted recently to enable vertical video sharing. However, it is apparently limited for Android devices at the initial stage.