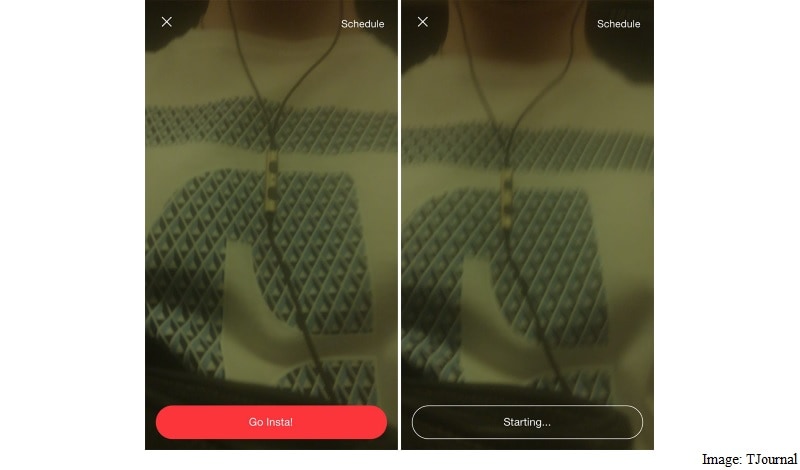 Earlier this year, Facebook started rolling out its live video feature globally. Since then, the social media networking giant has been pushing this service with its full capacity. Therefore, it shouldn't come as a surprise that the company is reportedly working to bring the feature to its photo and video sharing platform Instagram.

As per a report by Russian news website T Journal, pointed out by Mic, Instagram is testing the live video feature in its 'Stories' section for some users on the beta Android app in Russia. The users using the live video feature, at the time, appear at the top of the page with a red tag that reads 'LIVE'. In order to start a broadcast, users simply have to click on a red button that says 'Go Insta'.

In August, Instagram launched 'Stories' feature that allows users to create a single video out of multiple images and small video clips, which can then be shared with friends. After 24 hours of sharing this video, it disappears. This feature, when it was launched, was compared to Instagram's rival platform Snapchat's Story feature.

Users can upload a story on Instagram by tapping on the plus icon on the top left corner of the screen, or slide their finger from left to right to open the camera. After clicking a picture or recording a video, the application provides editing tools that allow you to write or doodle on the image or the video.

Instagram updated its application last week to bring Stories to the Explore tab in an attempt to increase their reach. "More than 100 million people visit Explore every day to discover photos and videos from people they don't yet follow. The new suggested stories section highlights the most interesting Stories from across Instagram's vast global community," the company said in its blog post.

Google Assistant vs Apple's Siri: The Voice-Based Virtual Assistants Face Off on Video