Instagram is also working on bringing back a version of its original chronological feed. 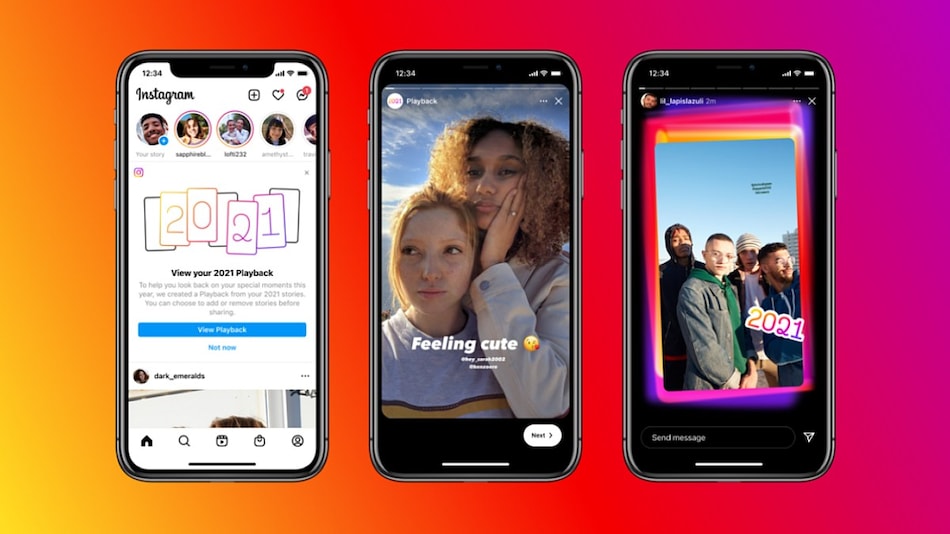 Instagram has launched a new Playback feature for users on the image and video sharing platform, offering a recap of the best Stories they posted in 2021. The Meta-owned service is offering to show users their top 10 Stories of the year. While Instagram does suggest a set of Stories, users have the option to remove and select others before sharing their 2021 Playback video. The feature is now available to all users and will only be available for the coming weeks.

The company has begun showing a banner at the top of users' Instagram feeds with a button which allows users to curate stories from their Stories archive. These older Stories will then be compiled into their 2021 Playback, as first spotted by Mashable. Users can remove Stories which are automatically selected, in case they bring back unwanted memories, for example. These can be replaced with any other Story from 2021, which will be added to their playback list.

Instead of re-sharing individual stories, Instagram's new Playback feature could come in handy as a way to recap the year, especially for small businesses or groups. Users will also be able to create their own year-in-review videos to recap their top Stories for the year. The feature appears to be inspired by Spotify's Wrapped feature, as well as by various third-party tools which are wildly popular at the end of the year, allowing users to share a grid of their "top nine" posts on the platform.

Instagram has not announced any feature related to sharing top posts of 2021, and the current feature only supports stories from a user's archive. Instagram's new Playback feature has begun rolling out to all users, but it will remain a time-limited feature, according to a report by The Verge. This means users will have a limited amount of time (presumably a short while after the new year arrives) to try the Playback feature before it is retired.

Meanwhile, the company is also working on bringing back a version of the company's original chronological feed, which was removed in 2016. Instagram offers an algorithmically sorted feed, like Facebook and Twitter. However, unlike the others, Instagram is yet to roll out the ability to view posts in chronological order. Instagram head Adam Mosseri revealed during a US Congress hearing that the company was also working on giving more control to users on the platform, according to Reuters.

Instagram recently began asking users to record video selfies of themselves which will help the company confirm if they are human. The service has also shared new details of new measures it is taking to protect users from harassment on the platform. The company is also rolling out better parental controls and "Want a break?" reminders for children in Australia, Canada, New Zealand, the UK, and the US. Instagram will also stop users from tagging or mentioning teens that don't follow them, and "nudge" teens to different topics if they spend too much time on a specific topic, according to the company.