Billie Eilish demoed the feature in her Instagram Stories. 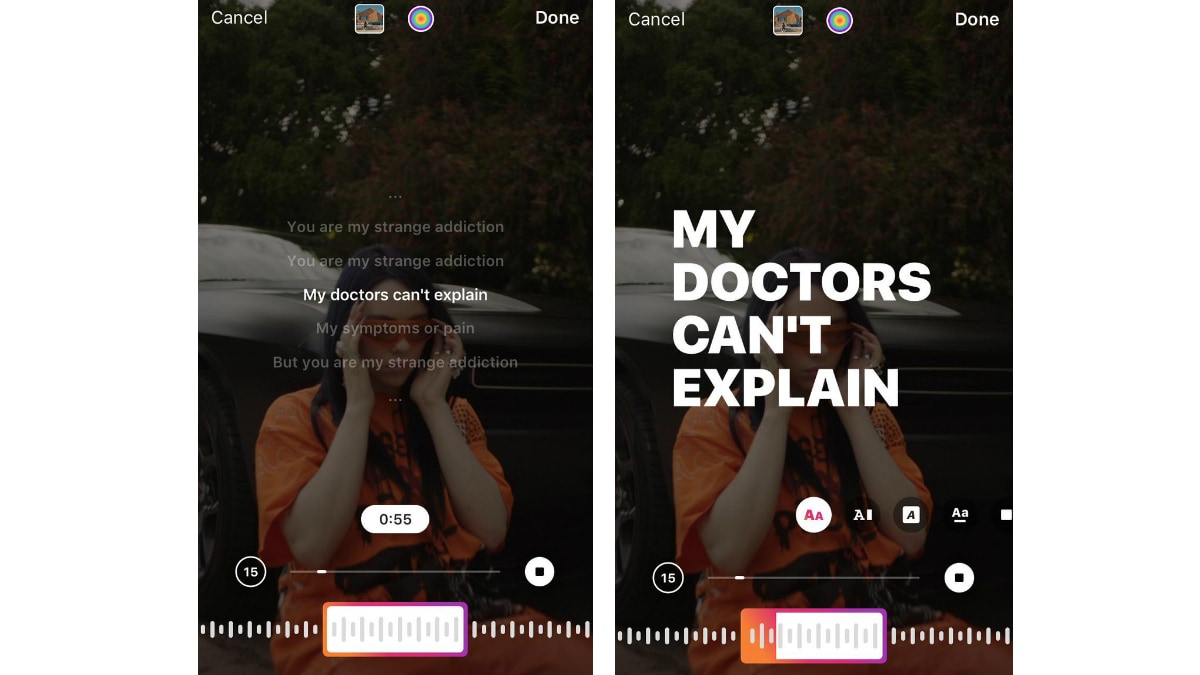 Instagram is now rolling out a new lyrics feature to the music sticker. The feature is rolling out to all users in regions where the Instagram Music option is active. This includes US, Germany, and France. Singer Billie Eilish also demoed how the feature works in one of her stories, and it will allow users to display song lyrics on screen to allow viewers to sing along. This feature has been introduced to compete better with lip-syncing app TikTok, which has gained immense popularity among the young population.

Instagram announced the rollout on Twitter, and Eilish even used it in her Instagram Stories as mentioned. Users should check if they are on the latest version of Instagram if they can't see the feature. TechCrunch notes that users must select the Music lens type before they shoot or use the Music Sticker after. You can then pick up a song, and if the lyrics are available, they will pop-up on the screen also helping you to cue the segment of the song you want to play. You can change the animation style of the lyrics before publishing. There's different kind off styles like traditional karaoke teleprompter, a typewriter version that preserves mystery by only revealing lyrics as they're sung, and big flashy billboard font, the report reveals.

On its support page, Instagram explains, “Add a music sticker and search for a song. If lyrics are available for the song you select, you can choose different fonts and designs for them, and you can edit which part of the song you want to play. When someone watches your story, they can tap the lyrics to learn more about the artist or listen to more of the song.”

To ensure uninterrupted functioning of the app in areas of low networks, Instagram also announced a data-saver feature for Android users recently. The feature would neither pre-load videos nor download high-resolution images, unless the user chooses, giving people the ability to control their data usage and increase the speed for loading images.