Live Rooms feature allows four participants to engage in real time broadcasts that other Instagram users can tune into. 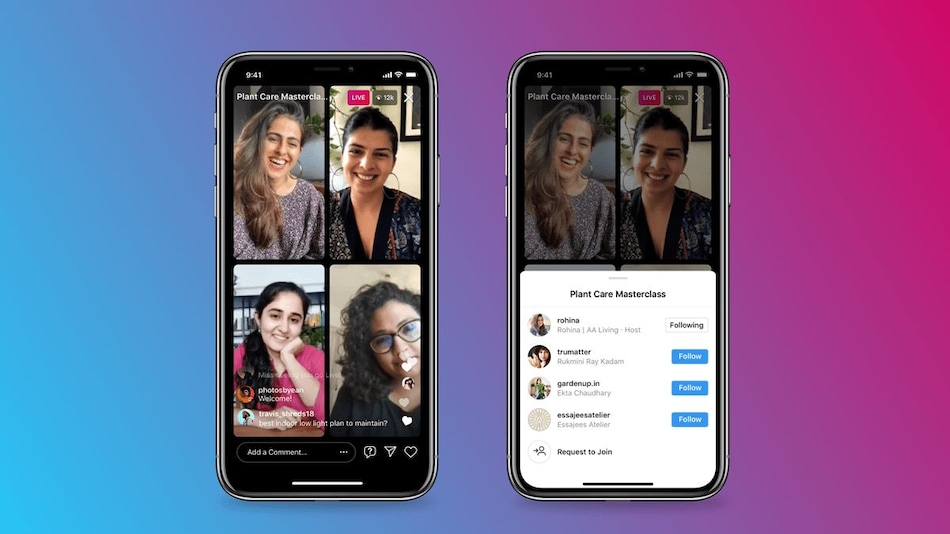 Instagram on Monday began allowing up to four people to live stream together in virtual "rooms," following in the footsteps of group-broadcast rising stars like Clubhouse.

The Live Rooms feature allows four participants to engage in real time broadcasts that other Instagram users can tune into, according to Instagram.

"Previously, you could go live with only one other person in a stream, but we're now letting you 'double up' on your live broadcast," the company said in a blog post.

"We hope that doubling up on Live will open up more creative opportunities - start a talk show, host a jam session or co-create with other artists, host more engaging Q&As or tutorials with your following, or just hang out with more of your friends."

Livestream conversations during the past year on Instagram have included talks by authorities on COVID-19, celebrity interviews, rap battles, music lessons, workout sessions, and more.

Live Rooms additionally provides creators who are shut off from real-world venues by the pandemic an opportunity to make money.

Viewers can buy "badges" to show appreciation for broadcast hosts, who can also add shopping or fundraising features, according to Instagram.