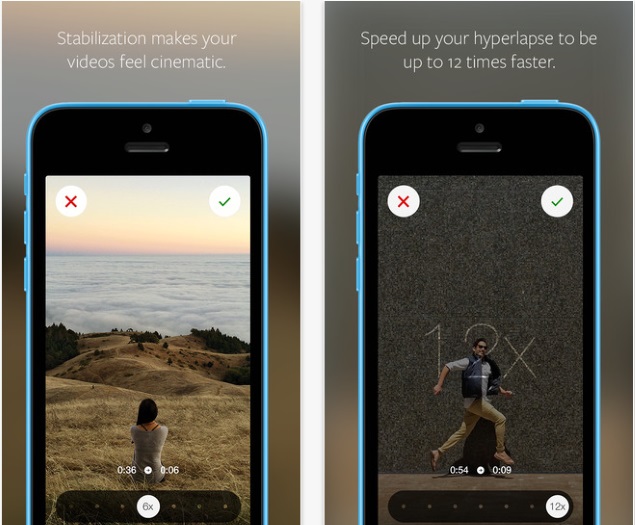 The Hyperlapse "app" was designed to let people easily make high-quality time-lapse videos even while moving around with a smartphone, according to Instagram.

Hyperlapse videos can be saved on mobile devices and shared on Instagram.

"From documenting your whole commute in seconds or the preparation of your dinner from start to finish to capturing an entire sunset as it unfolds, we're thrilled about the creative possibilities Hyperlapse unlocks," Instagram said in a blog post.

Hyperlapse applications were made available only for mobile devices powered by Apple software.

Market research firm eMarketer said in a report in March that nearly 35 million people in America accessed Instagram at least once each month as of the end of 2013, a jump of more than 30 percent from a year earlier.

And the report said nearly 25 percent of smartphone users in the United States will use Instagram at least once a month by the end of this year bringing the total user base to more than 40 million.

Instagram in November began displaying ads as Facebook moved to start making money from the smartphone photo sharing service it bought in a billion-dollar deal in early 2012.