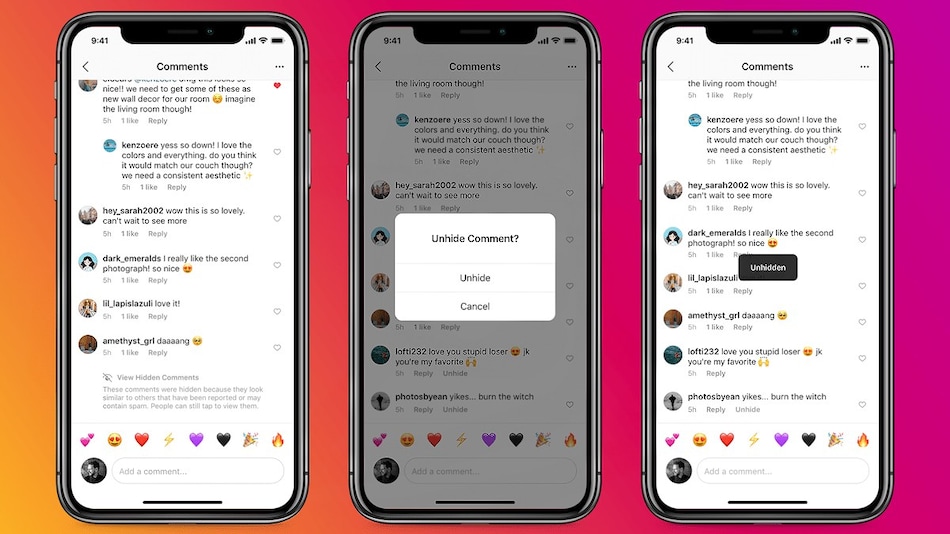 Instagram is introducing new anti-bullying features, including one that will automatically hide comments similar to those that have been reported. It is also expanding its comment warning feature and is currently testing it in select languages. The Facebook-owned company marked its tenth birthday today by introducing new features that it says will help people feel supported and accelerate ways for creators to make a living and small businesses to grow. Instagram has also introduced shopping from IGTV and will test the same on Reels later this year.

Adam Mosseri, Head of Instagram, said in a blog post that there would be major changes in the app over the coming months, like Tabs for Reels and shopping, improvements to messaging, and ways for creators and small businesses to grow. The community will continue to remain the heart of Instagram, Mosseri said.

The anti-bullying feature that automatically hides comments similar to previously reported comments will not completely remove the comment – you can view it by clicking on “View Hidden Comments.” Instagram said in another blog post that while people don't want to be exposed to negative comments, they wanted transparency into the type of comments that are hidden.

Instagram will also be expanding the comment warning feature it had introduced last year. Now, it will include an additional warning when people repeatedly attempt to post potentially offensive comments. The company said that over 35 million Instagram accounts have used the Restrict feature since it was launched last October, to ensure that they can safely control their Instagram experience, since a majority of the negative interactions they received were now hidden.

“Since launching comment warning, we saw that reminding people of the consequences of bullying on Instagram and providing real-time feedback as they are writing the comment is the most effective way to shift behaviour,” said the company in the blog post. “These new warnings let people take a moment to step back and reflect on their words and lay out the potential consequences should they proceed.”

Instagram expanded its Shopping service across IGTV, saying that it will now be easier to find the products you love and support your favourite creators. The Facebook-owned app will start testing shopping with Reels later this year.

It's an easier way to find products you love and support your favorite creators. ????‍♀️ Available everywhere today. pic.twitter.com/aeV2FEL01m

Following Facebook's footsteps, Instagram has started labelling state-backed media. This was first spotted by journalist Casey Michel. Instagram defines “state-controlled media” as media outlets that it believes may be partially or wholly under the editorial control of their government. It said that it holds these accounts to a higher standard of transparency as it believes it combines the influence of a media organisation with the backing of a state.

A label will appear under the About this Account section once the organisations are identified. The labels will be applied on a rolling basis to organisations globally, said Instagram. It noted that these labels would not apply to media organisations that are publicly financed, retain a public service mission, and demonstrate independent editorial content.

Google Brings Dedicated Night Mode to Android Go Phones, Nokia 1.3 May Get It First
Game of Thrones Prequel House of the Dragon Casts Paddy Considine as Viserys I Targaryen