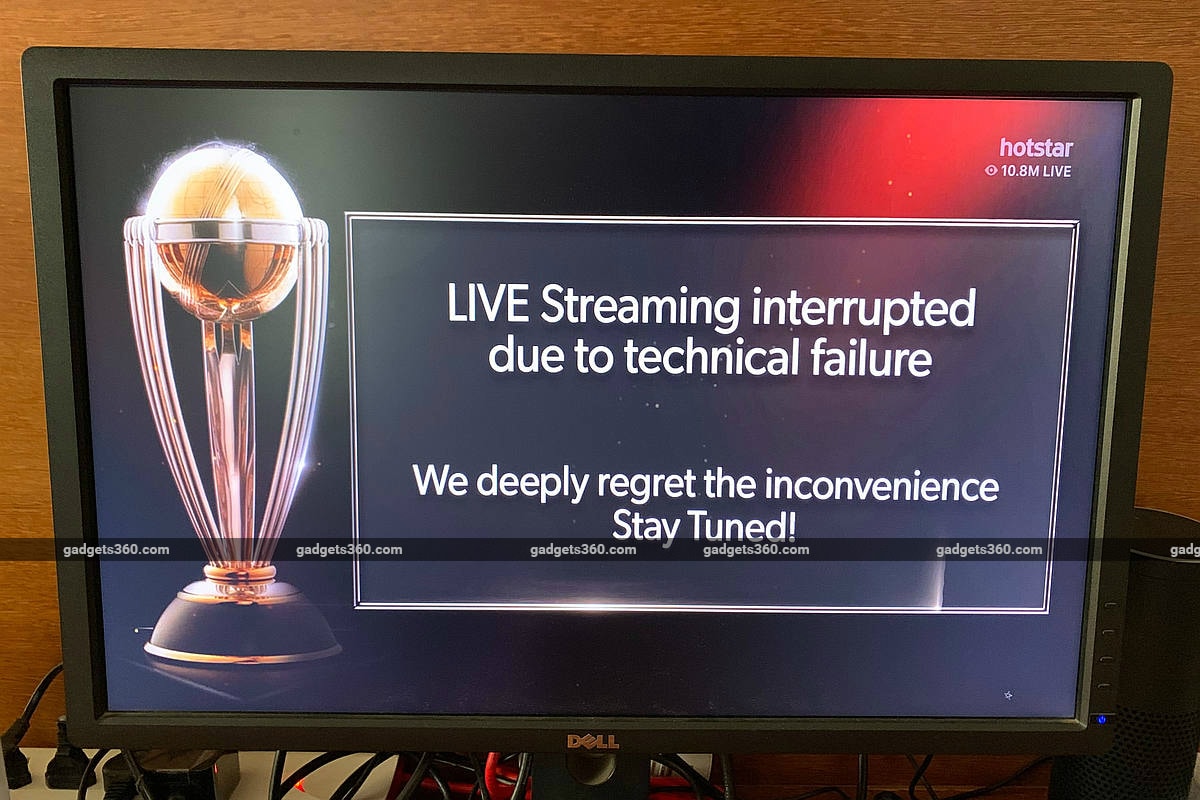 Hotstar's India vs New Zealand World Cup match stream is experiencing intermittent technical problems, leaving millions of Hotstar subscribers without an avenue to watch the cricket match. Twitter is flooded with user complaints about not being able to watch the World Cup match, with many users sharing photos of their smartphones, television sets, and computers showing the Hotstar error message. The stream starts working sometimes and then goes down again. Hotstar's official support account claimed that it was a temporary issue and has been resolved, however the service' subscribers are still complaining on Twitter.

"Hi! Apologies for this. There was a temporary issue and it was resolved within few seconds. You may check again now," Hotstar support account wrote in a reply to a user. The account is sharing the same reply to everyone complaining on Twitter.

When accessing the India vs New Zealand World Cup match, the streaming service shows, “LIVE Streaming Interrupted due to technical failure. We deeply regret the inconvenience. Stay Tuned.” The issue seems to be limited to the World Cup match and other content present on the service is streaming fine.

#INDvNZ there is continous interruption in hotstar during the match.. fix it ASAP... @hotstartweets

me and my friends while hotstar is down pic.twitter.com/4JbafUMKcq

Hotstar has digital rights for the Cricket World Cup 2019 in several parts of the world, including India, Bhutan, Canada, Maldives, Nepal, and the US. In India, Hotstar costs Rs. 299 per month or Rs. 999 per year.

We have reached out to Hotstar for more information on the India vs New Zealand World Cup match stream problems. We will update the copy once we hear back.