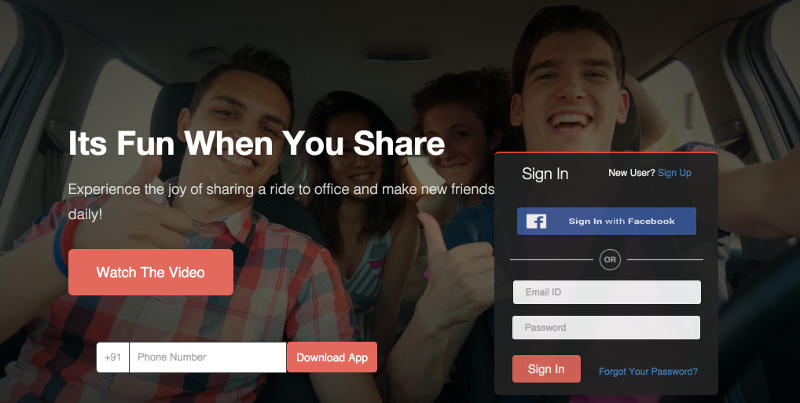 In an emailed statement, Deepak Ravindran said that Lookup uses chat to disrupt local commerce in India, which is a $750 billion industry, with 45 million local businesses - the highest shop density in the world. Lookup handles about 100,000 daily messages a day, the company claimed.

Zify
Hyderabad-based Zify, an app for carpooling and ride sharing, reportedly closed its first angel funding round raising Rs 1.2 crores. Zify presently operates in Hyderabad, Bengaluru, and Gurgaon, and reportedly has 11,000 registered users and does about 500 daily rides on an average. Founded by Pramod Kumar and Anurag Rathor in 2014, Zify lets users search and book a shared ride with a verified member of its community at Rs. 5 per kilometre, and lets users form women-only groups.

Voodoo
Delhi-based Voodoo, an online shopping assistant that integrates with apps on your device to power price comparison, metasearch for cabs, product discovery for fashion, and coupons, raised $1 million (roughly Rs. 6.4 crores) in a seed round from SAIF Partners. Voodoo works with 26 apps which include e-commerce platforms like Flipkart, Snapdeal, Ola, Uber, Paytm and others.

Homigo
Bengaluru-based online furnished shared rentals startup Homigo has raised $200,000 in its seed round (roughly Rs. 1.2 crores) from an undisclosed set of investors. Founded in 2015 by IIT graduates Jatin Mitruka, Nikunj Batheja, and Aakash Verma, Homigo provides fully furnished houses for rental on a per-bed basis. With the seed funding, it reportedly plans to expand Bengaluru and aims to reach 500 beds. The startup is planning to launch its app soon.