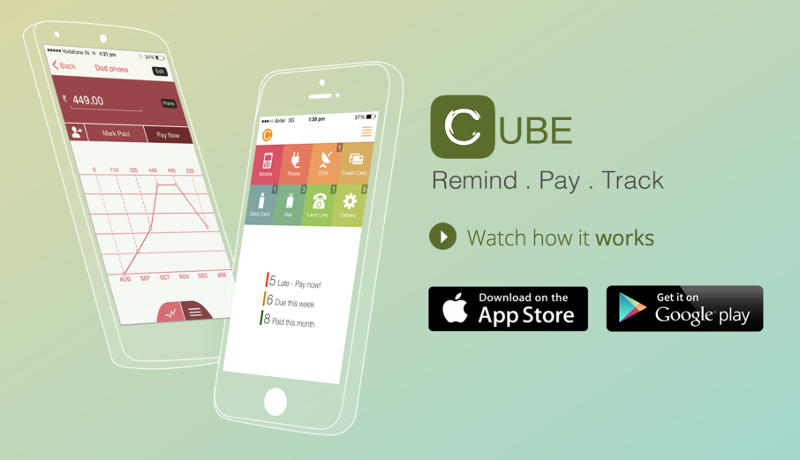 LetsVenture
LetsVenture, an online platform for startups to raise seed and angel funding, has raised an undisclosed sum in its Series A round of funding led by Accel Partners, Anupam Mittal, Nandan Nilekani, and Kunal Bahl, among other investors. The Bengaluru-based marketplace, founded in 2013 claims to have funded 50 startups, with cumulative investments of $17 million so far on its website.

Cube26
Delhi-based Cube26, which provides customised Android experiences and gesture technology used in Panasonic and Micromax smartphones, has reportedly raised Rs. 50 crore in seed funding from Tiger Global and Flipkart. The company plans to expand its operations to the IoT space, increase its headcount to 500 employees and set up a laboratory in Bengaluru.

Holidify
Delhi-based online holiday destination discovery platform Holidify has reportedly raised $100,000 (roughly Rs. 64,00,000) in an angel round. The funds raised will be used in technology and content expansion. Founded in 2013 by IITans Rohit Shroff and Kovid Kapoor, Holidify saw 240,000 visits in September on the desktop, according to Google Play. The startup offers an Android app, which has less than 50,000 downloads on Google Play.

Homers
Gurgaon-based Homers.in, an online broker-free verified property marketplace has secured seed funding from a clutch of angel investors. Founded in 2014 by Tarun Chaudhry and Vineet Pathania, the marketplace claims to have over 4,500 listings in Gurgaon and Noida, and reportedly plans to use the funding to expand its operations to six cities by March 2016.

OnePlus X aka OnePlus Mini Briefly Listed by Online Retailer With Price
Amazon Goes After Over 1,000 'Fake Reviewers' With US Lawsuit