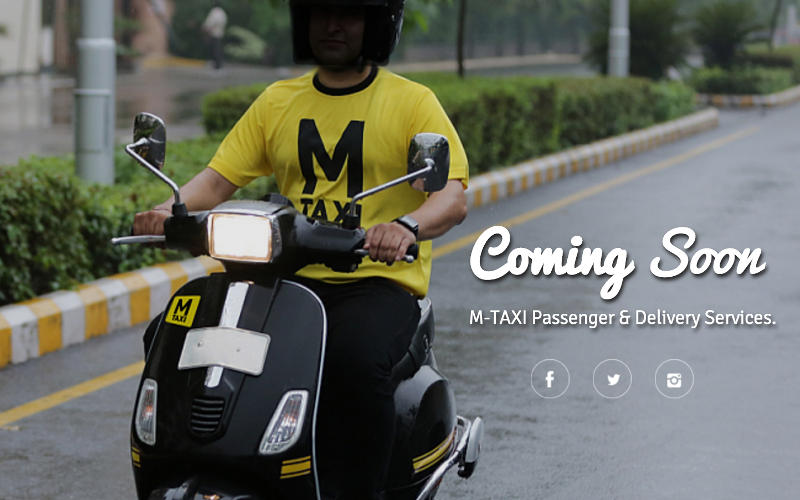 Baxi
74 BC Technologies Pvt Ltd, which operates Baxi, a bike-as-a-taxi service provider has reportedly raised about $1.5 million (Rs. 10 crores) in a seed round funding from friends and family. The company has received the necessary permits from the government of Haryana, and will reportedly start its two wheeler taxi services from Tuesday in Gurgaon.

M-Taxi
On-demand two-wheeler taxi service M-Taxi, which will launch its operations in Gurgaon on Tuesday announced it had secured funding from angel investors Mandeep Singh and Jairaj Singh. The company has a permit from the Haryana Government which allows two-wheeler taxis to ferry passengers. M-Taxi plans to move to Delhi NCR and another city in a few months time, pending approvals, its founder said.

QikPod
Bengaluru-based self-serve locker provider QikPod has reportedly raised $9 million (roughly Rs. 60 crores) in funding from Foxconn, Accel Partners, Flipkart, and Delhivery. Founded by Ravi Gururaj, head of Nasscom's Product Council, QikPod aims to provide a network of self-serve lockers that will allow couriers to make e-commerce delivereries at anytime, and for consumers to pick-up at a time of their convenience.

Fastudent
Noida-based Fastudent, an online retail store for academic books and services, has reportedly raised an undisclosed sum in its seed round of investment from angel investors led by Ashish Gupta, Founder and Trustee, Ashoka University. The website reportedly provides over 20,000 SKUs across eight categories, and plans to acquire over 10 million paying customers by 2018.

Superhero Brands
Mumbai-based Superhero Brands Pvt Ltd has reportedly raised Rs. 3.6 crores in an angel round of funding from DSG Consumer Partners, with participation from Lead Angels and other angel investors. Founded in 2013 by Jaineel Aga, Sumit Shah and Karan Rai, the website offers a portfolio of superhero-themed clothing, memorabilia, smartphone cases, laptop skins and decals, accessories and electronics.