iMessage Gets a Massive Overhaul With iOS 10 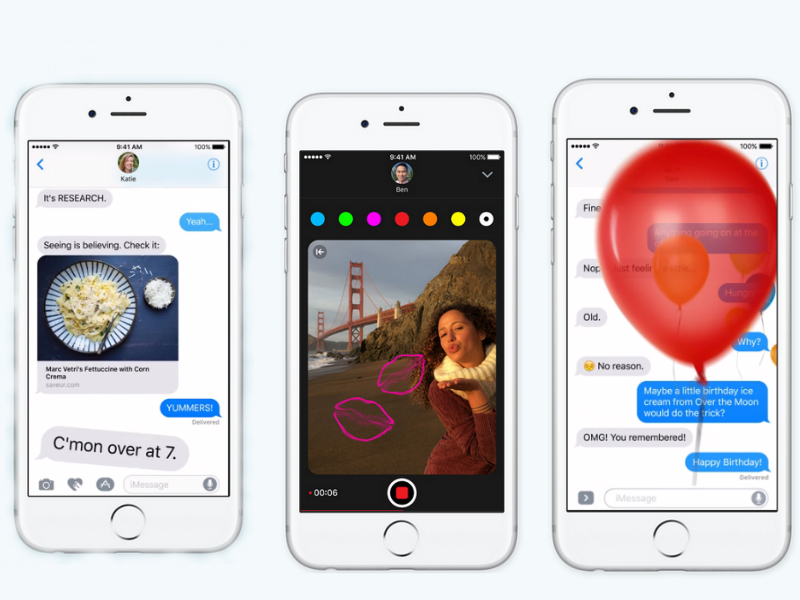 As expected, Apple unveiled the new and improved next version of its mobile and tablet operating system, iOS 10, at the WWDC 2016 keynote address. The new version introduces a major iMessage overhaul with a brand new Messages app that supports new emoji centric features for social play, and brings the addition of an app drawer for third-party integration.

iMessage on iOS 10 gets the Digital Touch handwriting feature that allows sending handwritten messages to other users, who will receive it in an animated manner. The chat app now also lets you emote through text bubbles, by choosing options like shout, whisper, and more (much like Google Allo's whisper and shout?). One of our personal favourites is the Invisible Ink feature, and the animations that take up the entire screen. Invisible Ink basically hides an image or text when sent with a translucent hue and the receiver will have to swipe it for the reveal (who doesn't love theatre?). There's also another feature that gives you options to animate the entire screen to reflect the mood. For example, users can animate the entire screen with balloons when wishing someone happy birthday.

There's another feature introduced called Tapback, which essentially works like Reactions on Slack. Instead of replying to a text, users can just react to it with a thumbs-up, exclamation mark, or the other four options available.

There's also the 'tap to replace emoji' feature, which does what it claims - replaces text with emojis. This eliminates the need to hunt through the widespread emoji drawer. It suggests emojis for words in your text messages by highlighting them, and then allows you to replace them with emojis.

And lastly, Federighi announced the opening up of iMessage to third-party integration. He introduced the app drawer for iMessage, calling it the iMessage Apps. This drawer enables the access of third-party apps to create and share content, make payments, and other complex functions within iMessages conversations. He demoed this feature by ordering food for a group of people through DoorDash iMessage integration.

Apart from iMessages overhaul, iOS 10 also brings improvements to the Maps, Photos, and Apple Music app. There's also a new raise to wake feature that activates your phone just by raising it with your palm.