The iCloud Passwords app is included in the iCloud for Windows. 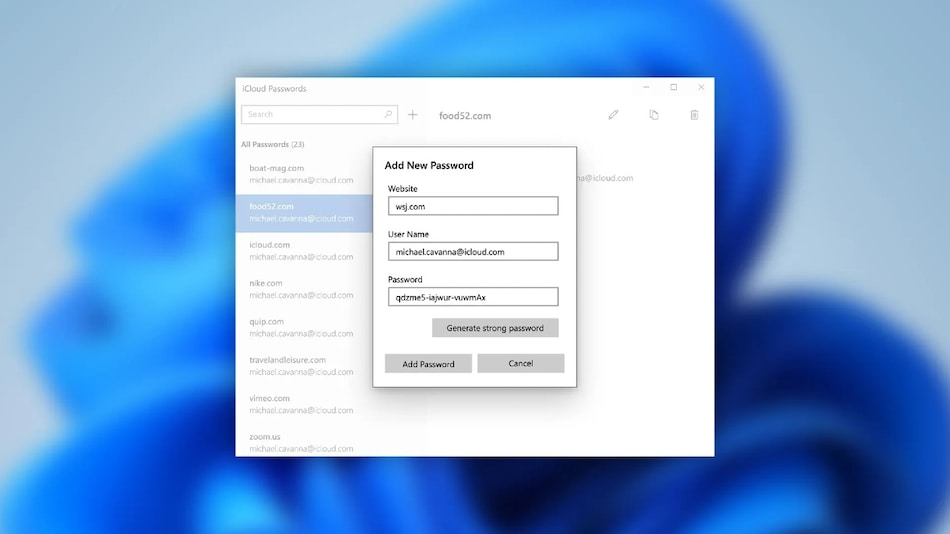 Apple has reportedly updated iCloud for Windows client to now offer support for two-factor authentication (2FA) code generator. This feature can be accessed through the iCloud Passwords app that allows users to utilise the passwords stored in iCloud Keychain on a Windows PC. 2FA codes provide an additional layer of security when users attempt logging in to a website or an app. This update means that iCloud for Windows users won't have to rely on third-party applications to get 2FA codes on their PC.

According to a report by 9To5Mac, the 2FA code generator was initially spotted by a Reddit user in the latest version of the iCloud Passwords app, which is included in iCloud for Windows. Reportedly, it was initially introduced on iCloud Keychain with iOS 15 and macOS Monterey. Finally, Windows users with Chrome or Edge browser would also be able to make use of the 2FA code generator.

Unfortunately, people with other browsers like Mozilla Firefox will still have to use third-party applications like 1Password and LastPass to work smoothly. Otherwise, they will supposedly be required to open the iCloud Passwords utility every time they require a 2FA code with iCloud Keychain.

The report further mentions that this new update has added a new feature that enables Windows users to add and view the notes added to their iCloud Keychain passwords. This feature was reportedly already live in the iOS version of the app.

iCloud Passwords on Windows could be a good free alternative for other password managers. It is a part of iCloud for Windows client that can be downloaded for free from the Microsoft Store. This client requires your PC to run on Windows 10 or higher.