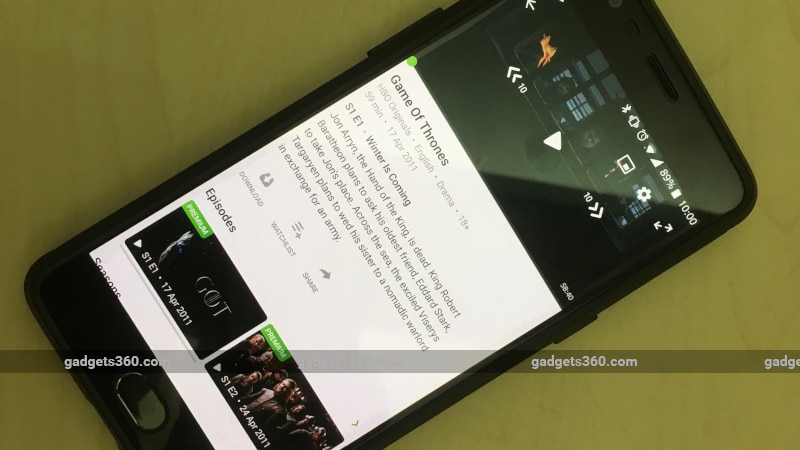 Hotstar has updated its mobile applications for Android and iOS to include the ability to download premium content as well as bring support for watching videos in 18:9 aspect ratio. The update, which was released earlier this week and last week for the two platforms respectively, comes over two years after Hotstar had introduced the ability to download content in its apps. However, until now the company was only letting the users download mostly older and some regional content, there was no way to download premium content.

“Now you can download and watch offline most of your favourite premium shows like Game of Thrones, Friends, Big Bang Theory and many more,” the company wrote in the changelog shared on Google Play store. It is important to note here that not every piece of premium content is available for offline viewing, but it is good to see the company at least allow the consumers to download some of the premium TV shows and movies.

A quick glance of the Hotstar app revealed the availability of download option in the premium movies like The Shape of Water, The Greatest Showman, Red Sparrow, and Maze Runner: Death Cure. However, none of the Star Wars movies, Marvel movies, Showtime shows as well as many HBO titles and Arrowverse shows are supported for offline viewing.

Also, when you don't have access to a data network, the Hotstar app won't move beyond “You're offline” screen, thus blocking any access to the downloaded content. It seems to be an intentional move from the company.

The company has also revealed that the premium content can only be downloaded once and expires within 7 days of the download or 48 hours since you start watching it.

Coming to the support for 18:9 screens, it is a welcome change for smartphone users as more and more smartphone makers are opting for 18:9 screens and given that a large number of streaming-exclusive TV shows and movies are filmed in the aspect ratio, it is good to see the company let its users fully enjoy the experience.

Meanwhile, the company has still not released its webOS app for LG Smart TVs. The app was supposed to arrive last year and now, the company's customer support on Google Play Store is suggesting April 2019 as the possible release time-frame of the webOS app.