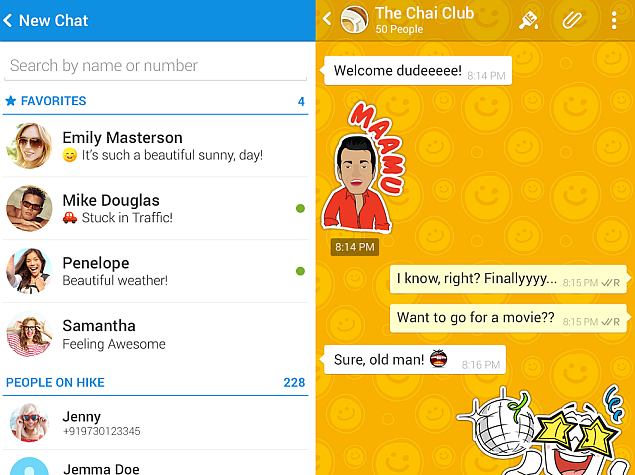 Targetting youth under 25, instant messaging application Hike Messenger is aiming to reach 100 million customers by the end of next year.

"We have reached a user base of 35 million in August, with 15 million additions in just two months, and are targetting to reach 100 million in the next 12-18 months," Hike Founder and CEO Kavin Bharti Mittal told PTI.

Kavin, son of Bharti group chairman Sunil Mittal, said Hike will continue to focus on the Indian market and youth under the age of 25 for its growth.

Hike is a joint venture between Bharti Enterprises and SoftBank Corporation.

Currently, over 90 percent of the 35 million users are from India. The Hike founder added that similar markets like Africa, Sri Lanka and Bangladesh might be looked at.

"The competition is pretty intense outside, so we will stick to markets that have similar characteristics like Africa, Bangladesh and Sri Lanka, we are open to get into, but would you see us in US and UK? Probably not," Mittal said.

The company is also planning to double its staff strength next year and add new services to the platform. Hike has recently got $65 million (approximately Rs. 400 Crore) funding from Tiger Global, a New York-based investment firm.

"With the investment we plan to add new services to the platform and double our staff next year," he said.

The company also plans to monetise the platform once the 100 million customer mark is reached through paid stickers or games, but is strictly against advertising.

Hike is available globally on platforms including iOS, Android and Blackberry.

It allows users to send free instant messages to friends or people in contacts list who are also using Hike anywhere across the globe and share location, media such as photos and videos instantly.

The app also allows users to send free SMS, even to contacts who do not have Hike on their handsets.

Amazon Kindle Library Flaw Exposes User Cookies: Report
iPhone 6 and iPhone 6 Plus NFC Chips Only for Use With Apple Pay