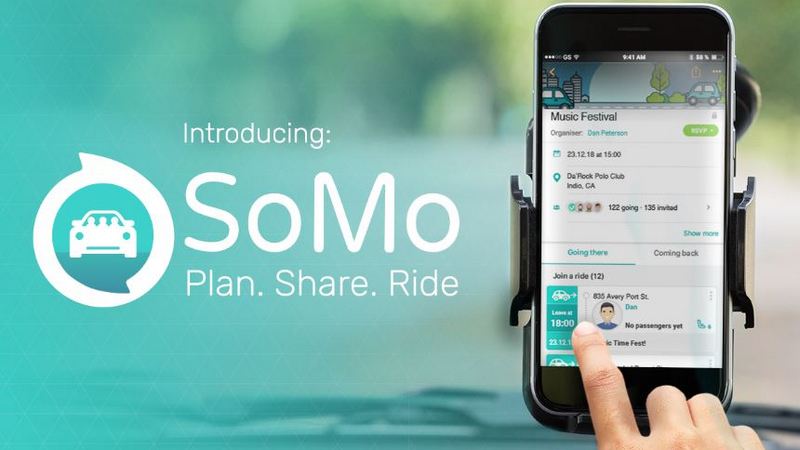 A tech company launched an app Monday that offers public and private options to help people get around, including subway, buses, bike-share, ride-hailing companies and even temporary carpooling arrangements using a person's social network.

The SoMo app - short for social mobility - is the work of HERE Technologies, a company specializing in GPS-related applications. Liad Itzhak, a senior vice president with the company, said the app launched in 15 cities around the world, including Los Angeles, with plans to add about five cities a month.

Itzhak said the app intends to make it easier for users to get from one place to another by presenting the widest array of options.

"What we have created with the app is the complete opposite approach in the current market," Itzhak said.

Most software-based transportation services are trying to build a customer base around that service alone. Users also tend to pick an app such as Uber and stick with it as their primary method of arranging a ride - a practice that could lead to limited options if one or two companies dominate the field. SoMo broadens options by showing Lyft, Via or other ride-hailing services, not to mention taxis or train or bus routes.

"The idea is to open the market to competition," Itzhak said, adding that HERE Technologies has lined up more than 500 companies for its mobility marketplace since creating the app about a year ago.

SoMo's most striking feature is its option for arranging rides with people in a user's social network. With SoMo, a person can see if someone might be interested in sharing a ride to a concert, sporting event, wedding or parents night at their children's school. Whether that's to split fuel and parking costs or simply for convenience would be up to the parties to work out. Everyone in the carpool also can provide information on last-minute changes because of traffic patterns or delays. The app refers to these carpooling arrangements as "gatherings'' around a destination or event that users could join.

The security is what one feels within one's circle of friends and acquaintances, Itzhak said. "Our motivation to cooperate is with our immediate social network," he said. "[The app] would hook you up with the participants of the wedding. You might not know the person, but you still have a strong social connection to this person. They're part of your social network, and with this network, you'd like to cooperate. So I will have a high trust with this person. Same with co-workers.

"We look for places where people want to cooperate but they just can't cooperate because they don't have the ability do it, because there's no platform for this type of cooperation," Itzhak said.

"Maybe I wouldn't mind taking another fan of this team, even if we don't know each other. We have a social element that connects the two of us," Itzhak said. "In the first phase, the vast majority of these rides will be arranged by people you know. Over time, I think people will be more inclined to cooperate with secondary networks."

The app went live at noon Monday in Amsterdam, Athens, Helsinki, London and Nice, among other places. In the United States, the app became fully functional in Los Angeles, Las Vegas and New Orleans. About 1.4 million vehicles are ready to go, all of them already with taxi companies or drivers enlisted through licensed services such as Uber and Lyft. The app is partially functional in the District and some other locations - it allows users to carpool through their social networks but does not allow them to arrange for ride-hailing or other transportation. That option will be available later this year.

Carpooling via the app probably won't be unfamiliar to many in the District, as slugging has been a way of forming impromptu carpools for years. But will people create a carpool using their social network, especially at a time when people are dumping their Facebook accounts and becoming more distrustful of big tech's use of private data?

"We will soon know," Itzhak said. "We will launch the app, and we will see if it does what we think it does."

FIFA 19 Team of the Year Announced: Are Messi, Ronaldo, and Mbappe in Your TOTY?