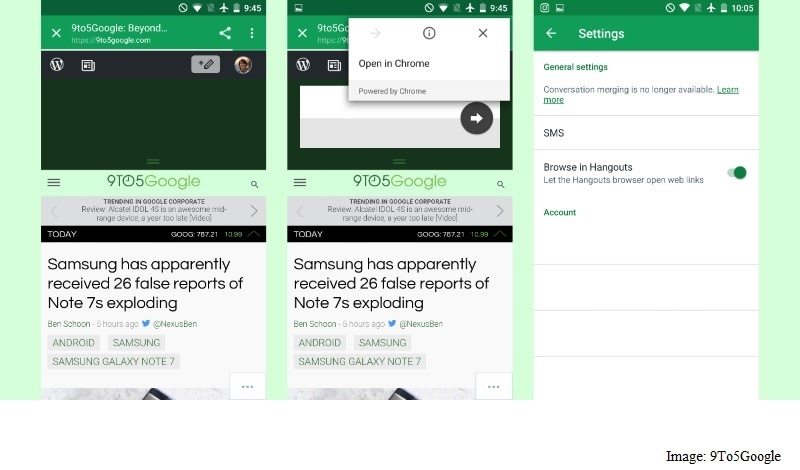 Google wants you to know that even though it has released text-messaging app Allo and video-calling app Duo, it has not forgotten Hangouts. This is why the search giant has released version 13.0 update for Hangouts, which brings support for Chrome Custom Tabs to the app on Android.

On the updated version of the app, you will find the option 'Browse in Hangouts' in the settings and by default it comes enabled. You also get the option to open the page in Chrome.

In the settings menu, at the top, there sits a warning to remind users that 'Conversation merging is no longer available', as pointed out by 9to5Google. Google removed 'merged conversations', which showed Hangouts messages and SMS messages from the same user in a single conversation, with its version 11.0 update of the Hangouts app on Android.

Google has clarified that it wants Hangouts to be focused on businesses and simpler apps Allo and Duo to be consumer-centric.