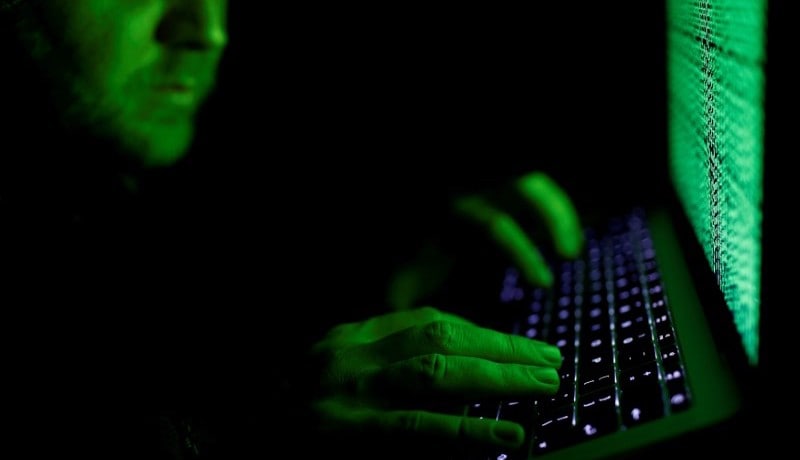 Russian cyber criminals used malware planted on Android mobile devices to steal from domestic bank customers and were planning to target European lenders before their arrest, investigators and sources with knowledge of the case told Reuters.

Their campaign raised a relatively small sum by cyber-crime standards - more than RUB 50 million ($892,000 or roughly Rs. 5.7 crores) - but they had also obtained more sophisticated malicious software for a modest monthly fee to go after the clients of banks in France and possibly a range of other western nations.

Russia's relationship to cyber crime is under intense scrutiny after US intelligence officials alleged that Russian hackers had tried to help Republican Donald Trump win the US presidency by hacking Democratic Party servers.

The Kremlin has repeatedly denied the allegation.

The gang members tricked the Russian banks' customers into downloading malware via fake mobile banking applications, as well as via pornography and e-commerce programmes, according to a report compiled by cybersecurity firm Group-IB which investigated the attack with the Russian Interior Ministry.

The criminals - 16 suspects were arrested by Russian law enforcement authorities in November last year - infected more than a million smartphones in Russia, on average compromising 3,500 devices a day, Group-IB said.

Although operating only in Russia before their arrest, they had developed plans to target large European banks including French lenders Credit Agricole, BNP Paribas and Societe General, Group-IB said.

A BNP Paribas spokeswoman said the bank could not confirm this information, but added that it "has a significant set of measures in place aimed at fighting cyber-attacks on a daily basis". Societe General and Credit Agricole declined comment.

The gang, which was called "Cron" after the malware it used, did not steal any funds from customers of the three French banks. However, it exploited the bank service in Russia that allows users to transfer small sums to other accounts by sending an SMS message.

Having infected the users' phones, the gang sent SMS messages from those devices instructing the banks to transfer money to the hackers' own accounts.

"It's becoming popular among developing nations or in the countryside where access to conventional banking is difficult for people," he said. "For them it is quick, easy and they don't need to visit a bank... But security always has to outweigh consumer convenience."

Cyber criminals
The Russian Interior Ministry said a number of people had been arrested, including what it described as the gang leader. This was a 30-year-old man living in Ivanovo, an industrial city 300km (185 miles) northeast of Moscow, from where he had commanded a team of 20 people across six different regions.

Four people remain in detention while the others are under house arrest, the ministry said in a statement.

"In the course of 20 searches across six regions, police seized computers, hundreds of bank cards and SIM cards registered under fake names," it said.

Group-IB said the existence of the Cron malware was first detected in mid-2015, and by the time of the arrests the hackers had been using it for under a year.

The core members of the group were detained on November 22 last year in Ivanovo. Photographs of the operation released by Group-IB showed one suspect face down in the snow as police in ski masks handcuffed him.

The "Cron" hackers were arrested before they could mount attacks outside Russia, but plans to do that were at an advanced stage, said the investigators.

Group-IB said that in June 2016 they had rented a piece of malware designed to attack mobile banking systems, called "Tiny.z" for $2,000 a month. The creators of the "Tiny.z" malware had adapted it to attack banks in Britain, Germany, France, the United States and Turkey, among other countries.

The "Cron" gang developed software designed to attack lenders including the three French groups, it said, adding it had notified these and other European banks at risk.

A spokeswoman for Sberbank said she had no information about the group involved. However, she said: "Several groups of cyber criminals are working against Sberbank. The number of groups and the methods they use to attack us change constantly."

"It isn't clear which specific group is being referred to here because the fraudulent scheme involving Android OS (operating system) viruses is widespread in Russia and Sberbank has effectively combated it for an extensive period of time."

Google, the maker of Android, has taken steps in recent years to protect users from downloading malicious code and by blocking apps which are insecure, impersonate legitimate companies or engage in deceptive behaviours.

The company declined to comment for this story, saying they had not seen the Group-IB report.

Fake mobile apps
The Russian authorities, bombarded with allegations of state-sponsored hacking, are keen to show Russia too is a frequent victim of cyber crime and that they are working hard to combat it. The interior and emergencies ministries, as well as Sberbank, said they were targeted in a global cyber-attack earlier this month.

Since the allegations about the US election hacking, further evidence has emerged of what some Western officials say is a symbiotic relationship between cyber criminals and Russian authorities, with hackers allowed to attack foreign targets with impunity in return for cooperating with the security services while Moscow clamps down on those operating at home.

The success of the Cron gang was facilitated by the popularity of SMS-banking services in Russia, said Dmitry Volkov, head of investigations at Group-IB.

The gang got their malware on to victims' devices by setting up applications designed to mimic banks' genuine apps. When users searched online, the results would suggest the fake app, which they would then download. The hackers also inserted malware into fake mobile apps for well-known pornography sites.

After infecting a customer's phone, the hackers were able to send a text message to the bank initiating a transfer of up to $120 to one of 6,000 bank accounts set up to receive the fraudulent payments.

The malware would then intercept a confirmation code sent by the bank and block the victim from receiving a message notifying them about the transaction.

"Cron's success was due to two main factors," Volkov said. "First, the large-scale use of partner programs to distribute the malware in different ways. Second, the automation of many (mobile) functions which allowed them to carry out the thefts without direct involvement."