GoPro Quik app’s Mural feed is a personalised feed to keep favourite photos and videos at one place. 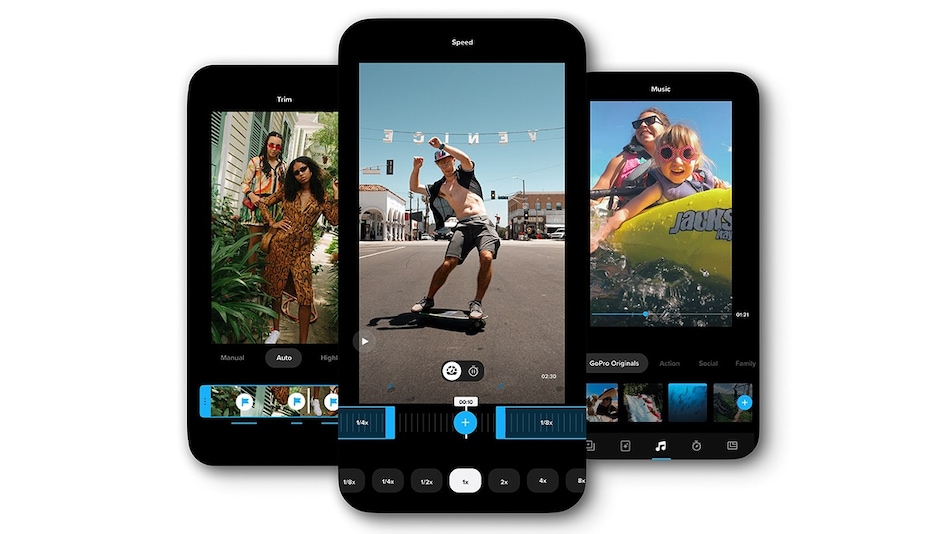 GoPro Quik has been relaunched with various editing tools and features like the Mural feed. Apart from controlling GoPro cameras, the refreshed app will now allow its users to organise images and videos even if they are not taken by a GoPro camera. Other features include automatic video creation, new GoPro original music, GoPro exclusive filters, and direct sharing of photos and videos on social media platforms. GoPro also announced that it will offer unlimited cloud storage later this year.

GoPro Quik is free-to-download app, and it will be available for use on a trial basis. Those who want to access the app's features fully can subscribe for Rs. 99 per month or Rs. 499 per year. The subscription will include unlimited cloud backup for imported photos and videos at their original quality. This capability will be released later this year.

Existing GoPro app users will see their app updated upon install. Existing users' photos and videos will transfer from the old GoPro app to the new Quik app upon installing and any cloud-based footage will remain accessible. Quik app can be downloaded from App Store and Google Play.

The most prominent feature that GoPro Quik app offers is the Mural feed. It is a private feed within the app that allows users to keep their favourite images and videos at one place to allow convenient sharing. Users can add photos and videos to Mural feed even if they are not taken from a GoPro camera. In other words, Quik app can be used with any regular smartphone.

If a user shares multiple photos or videos at once to Quik, the files will be grouped together as an ‘event' and the app will compile them to make a short video with music. This video can be edited as per the user's choice. Speaking of editing, the refreshed app now features a suite of powerful tools to adjust exposure, contrast, colour, vibrancy, multi-clip video editing, add text, stickers and more.

Other Quik app features include a list of new GoPro original music that offers royalty-free tracks curated by the company that can be used in videos. There is a new Video Speed Tool that allows users to add super slo-mo and freeze frame segments at multiple points within a single video clip. There are new filters, video edit themes, and Frame Grabbing feature to extract photo still images from videos.

Samsung Warns of Severe Chip Crunch on a Global Level