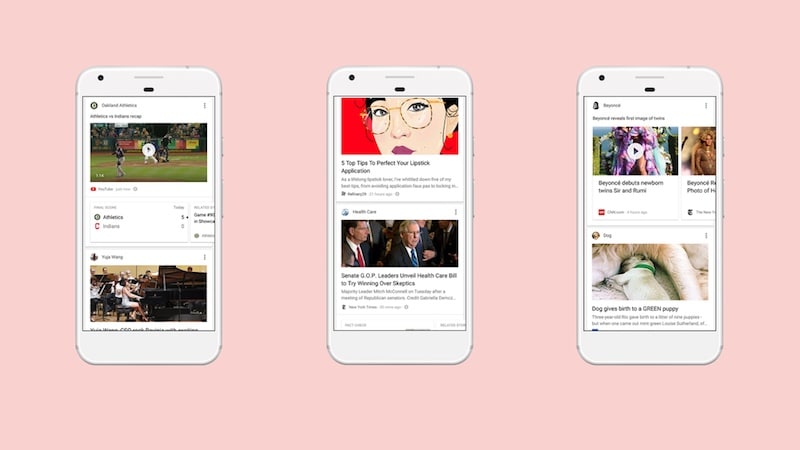 Google has started rolling out its new personalised search feed to Android devices worldwide, two months after the company released the feature - called Feed - in the United States. The company says it plans to bring Feed to iOS through Google app, and to more desktop and mobile soon.

The personalised Feed, which uses machine learning, caters tailored results based on a user's interest. The philosophy goes like this: not everyone finds the same movies, products, news events interesting. So to ensure that people find what they are likely looking for - and things they will likely find interesting - Google introduced the personalised feed in July this year. News of the global rollout was reported by Engadget.

But there's more. Google said, earlier this year, "your feed will not only be based on your interactions with Google, but also factor in what’s trending in your area and around the world. The more you use Google, the better your feed will be."

It appears as a tab in the Google app for Android, and displays glanceable, feature-rich feed of trending news in the locality - and concerning topics that interests a user - as well as news articles about a user's favourite artist, sports team, and movies etc.

In a way, it's an extension of Google Now, a feature Google introduced a few years ago that sat next to the home screen on Android smartphones and helped users keep up with news and updates they might be interested in. For iPhone users, whenever the feature rolls out, it could be a useful addition, since they don't have Google Now.

BSNL Offers Voice Calls at 15 Paisa Per Minute With New Rs. 8 and Rs. 15 Packs
Nubia M2 Play to Go on Sale in India on Friday via Amazon India