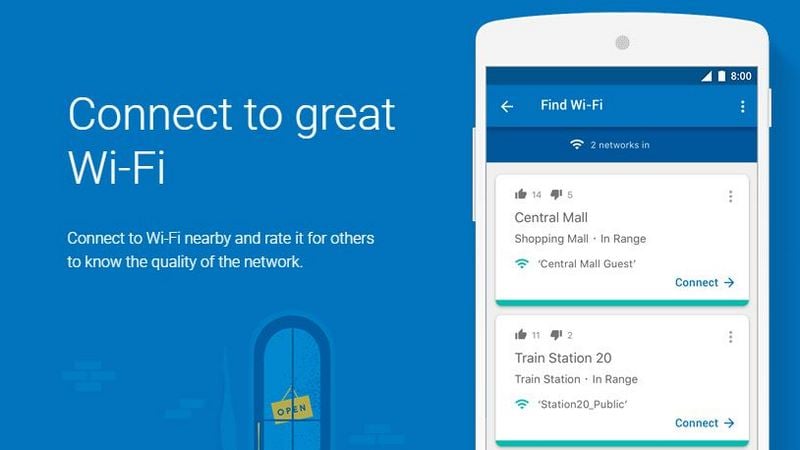 People can now search the location of public Wi-Fi hotspots in the city with Datally, an Android app that helps smartphone users understand, control and save mobile data, Google announced on Tuesday.

Datally, launched in November last year, works on all smartphones running Android 5.0 (Lollipop) and higher and is available on Google Play globally.

Over 10,000 hotspots across India can be found with Datally.

To find the nearest hotspot with Datally, a user needs to click on "Find Wi-Fi".

The user would see all the networks which are available - rated by the Datally community.

Once connected, a user could rate the Wi-Fi networks based on their own experience.

The development was a part of the Pune Smart City Development Corporation Limited's Smart City project and was the first time that the company deployed Google Station - a localised captive portal that enables the connection to public Wi-Fi - outside of the railways.