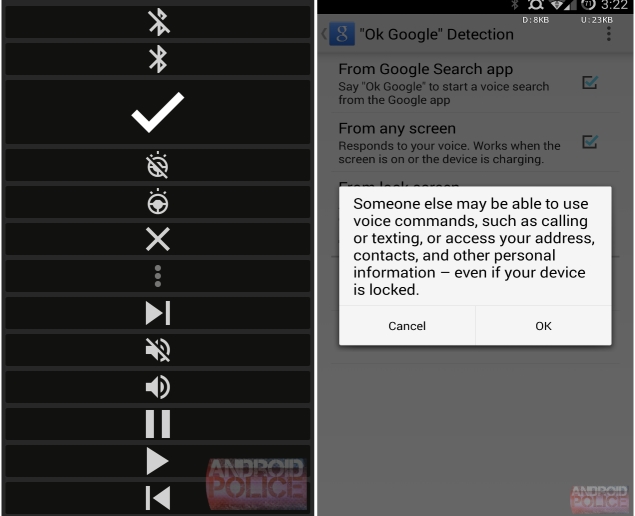 Google on Wednesday updated its Search and Play Music apps for Android with new features.

The Google Search app has been updated to version 3.6. The update is said to enable deep linking of apps through search and could possibly allow "Google to show content from inside an app and link you directly to it if you've got it installed," reported Android Police.

The updated Search app also includes a new pop-up warning when a user tries to enable 'Ok Google' hotword detection from any screen with a message, "Someone else may be able to use voice commands, such as calling or texting, or access your address, contacts and other personal information -even if your device is locked."

The updated Search app is also said to have new hands-free features from the rumoured KITT project from Google. While not much is known about the rumoured Android KITT project, it is said to be a project that's internally codenamed 'Android Eyes Free' that will allow car drivers to safely perform searches via voice.

The updated Google Search app seems to be rolling-out gradually across the world, as the Wednesday-updated app listed on Google Play India actually refers to other new features, specifically the new ability for public transport commuters to set an alarm "when it's time to get off the train/bus" (a feature that was being tested in June), along with a 'Things to watch on Chromecast' section, as well as some bug fixes and performance improvements.

Users who don't want to wait for the updated Search app to roll-out to their region can install the Google-signed apk from Android Police. 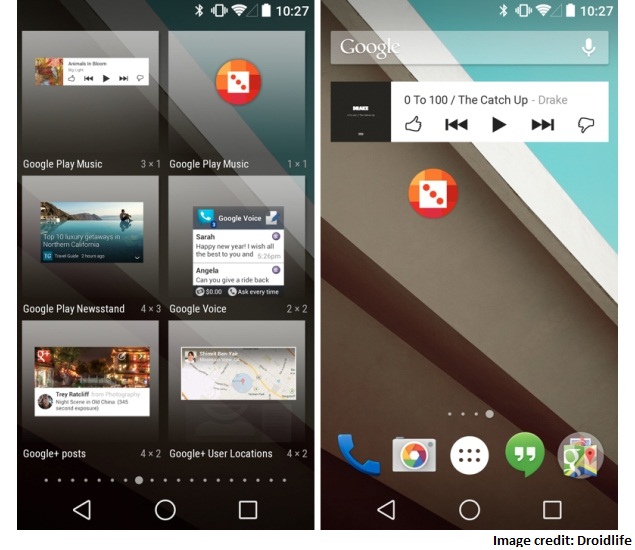 On the other hand, the Google Play Music app received a minor update which bumped the version up to 5.6.1616, from the previous 5.6.1609P. Notably, Google Play in India still lists the older updated version 5.6.1609P with the app updated on Wednesday.

Users can simply tap on the new 1x1 widget to play random music directly from the home screen. The Manage downloads section in the updated Play Music app now shows the downloaded files along with the available space. Users can also 'undo songs that have been swiped away', while a long-press on a song in a playlist or the queue now lets users move it around. Those who don't want to wait for the updated Play Music to roll-out to their regions can download the Google-signed apk from Droid-Life.
Comments