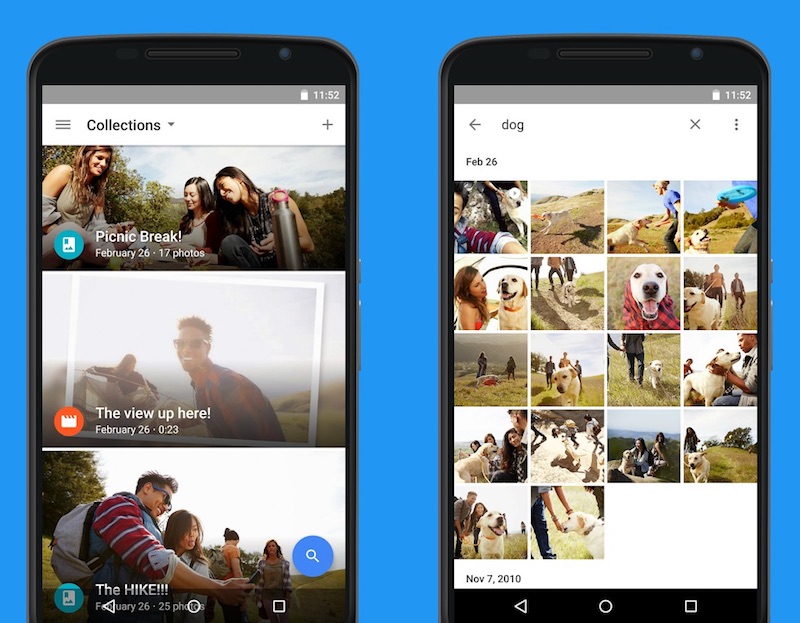 Google has updated a range of its Android apps. The company has added new features and improvements to its productivity apps: Docs, Sheets, Slides, and Keep, as well as image apps: Photos, and Snapseed.

There are times when you don't want to remember certain people. Google Photos realises a need of this. Photos, which has been updated to version 1.8 on Android, allows users to hide a specific person from showing up under People section. Doing this will also hide the person from appearing in the "Rediscover this day" Assistant section. Google says that it will roll out these features to Photos' iOS and Web clients soon.

Moving along, Snapseed app is finally getting support for RAW photo editing. The v2.1 of the free image editor, unlike other apps with similar functionality, now offers an easier way to edit RAW files, providing you with the tools to control exposure, highlights, temperature, and more. The features have not yet reached the iOS version of the app.

In the Sheets app, users will now be able to view more content on the screen. The app now automatically hides toolbars and headers to give more screen space to the content. But don't worry, the handy toolbars and headers can be brought back to the screen by scrolling through or zooming around the document. Additionally, Sheets app is now also able to offer filters that were previously applied on the Web, and offer the option to paste only values, and formatting among other attributes.