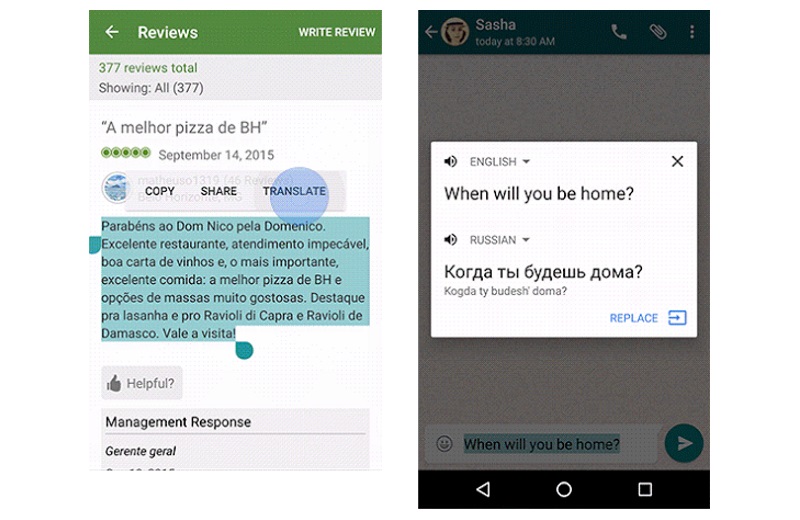 Google has announced that it will enable in-app translations via its Google Translate app for Android 6.0 Marshmallow. The company has announced that the users on the latest OS beginning this week will be able to translate in 90 languages right within any app.

The new feature will allow users to translate a piece of text in a different language via use of Android text selection which will now show 'Translate' option in addition to regular options such as Copy, Share, and Select All. With this new in-app translation feature, Android 6.0 Marshmallow users running the latest Google Translate app will be able to translate right from within any app.

Android 6.0 Marshmallow users however have to make sure that when a user is composing a text to translate, the app should keep the selection when the Translate app is triggered.

The company in a blog post also claimed that the Google Translate app is now being used by over 500 million people every month and translating more than 100 billion words every day.