Google to Launch a Cross-Platform Version of Android Beam: Report 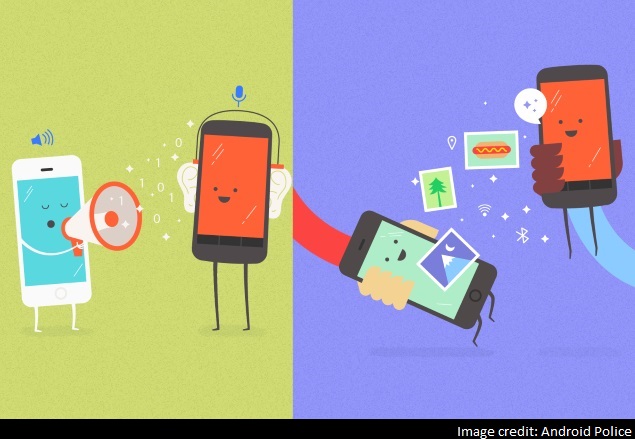 Google is reportedly working on a new cross-platform file sharing system, internally named Co-presence, which will connect Android, iOS and Chrome devices for them to be able to exchange files, photos, messages, and other content.

We earlier heard of this feature in a Google Play Services 6.1 apk teardown by Android Police in June. Now, the team has posted some images of the Co-presence feature setup, which were reportedly found in the apk. The apk is also said to contain XML definitions for the setup process' various layouts.

The purported Google Co-presence images show Android and iOS devices sharing data wirelessly with each other. According to Android Police, the alleged file sharing service could be the cross-platform version of Android Beam. It is said to use location data or Bluetooth for authentication.

Android Police speculates Co-presence may also use the 'whisper' feature first seen in Chromecast for 'ultrasonic authentication'. After authentication, data is said to be transferred via Wi-Fi or Wi-Fi Direct. All this essentially makes Co-presence a contactless feature.

While other details are not known about the feature, the report notes that the Co-presence functionality is expected in "the coming weeks".

Meanwhile, Google is also expected to release the new Gmail app version 5.0 for Android with support for multiple accounts; though a Google-signed apk has already been leaked ahead of the official rollout.

With Gmail 5.0 for Android, users will be able to add accounts from other IMAP/POP services, such as Yahoo, Outlook, AOL Mail and more, apart from more than one Gmail account.
Comments