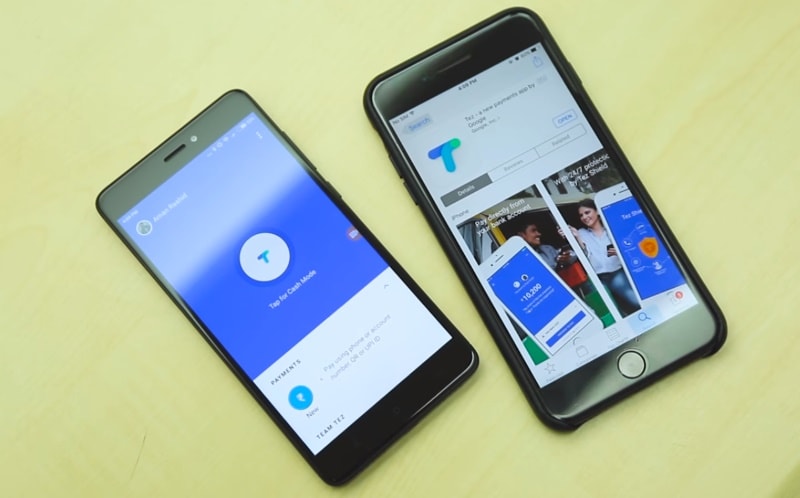 Tez, Google's payments app for India that's built on top of the country's Unified Payments Interface (UPI), was launched in September last year. In October, the company had announced the app had reached 5 million downloads on Google Play. By early December - a little less than three months after the launch - the app had clocked 12 million users and 140 million transactions. Now, the company has announced that the Google Tez app has seen over 50 million downloads since launch. The Google Tez app competes with apps like Paytm, PhonePe, BHIM, and PhonePe. It essentially lets you transfer money and make utility bill payments using your bank account.

Google made the announcement from Google Tez's official Twitter handle. The app has reached this milestone in ten months since launch. This announcement comes two months after Google confirmed that it has 16 million monthly active users in India. Over the course of these ten months, Google has introduced several new features, the recent one being a simple chat feature that lets users communicate with their contacts alongside sending and requesting money. It mainly lets users talk about the payments they make using Google Tez. A dedicated chat button was introduced that sits right next to the 'Pay' and 'Request' buttons on the Google Tez app that allows you to simply interact with your contacts. You can also block any of your contacts or disable a particular chat thread.

In February, the Tez app added utility bill payments support and added over 70 billers on board as well. You can now use the Google Tez app to pay your electricity bills, gas bills, landline bills, and postpaid mobile bills. Also, the app supports DTH recharge and payments for insurance premiums. Moreover, there are over 70 billers, including ACT, Airtel, DishTV, DoCoMo, MTNL, and Tata Power among others. The app can also fetch all unpaid bills from the biller. Google Tez is available on Android and iOS as a free download.