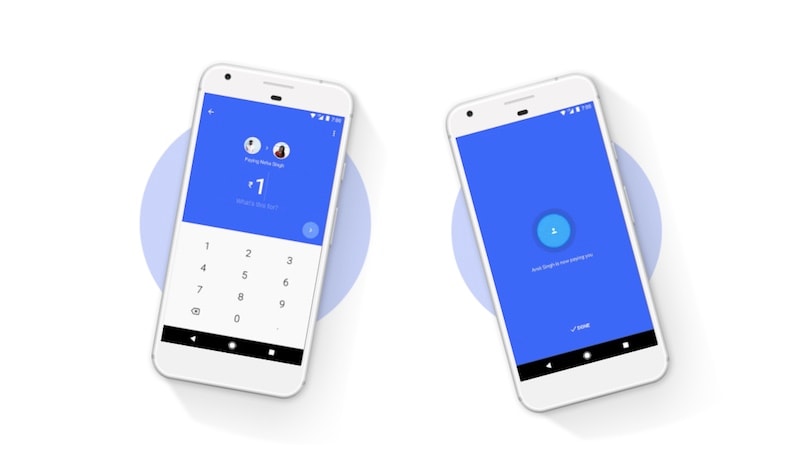 Countering Paytm and WhatsApp, Google Tez has been updated with a new chat feature. The feature, which is rolling out slowly at the initial stage, allows users to communicate with their contacts alongside sending and requesting money. It mainly lets users talk about the payments they make using Google Tez. The latest change emerges weeks after WhatsApp started testing its payments feature in India.

A Google spokesperson confirmed the release of a chat feature on the Tez app. "We've added a feature to Tez that allows you to send simple messages back and forth to your contacts about the payments you make," the spokesperson said in a statement emailed to Gadgets 360. Although the feature isn't available to all Google Tez users and is initially rolling out at a slow pace, it is only accessible if both parties are running the latest version of the Tez app on their mobile devices. We were not able to see the feature.

There is a dedicated chat button that sits right next to the 'Pay' and 'Request' buttons on the Google Tez app that allows you to simply interact with your contacts. You can also block any of your contacts or disable a particular chat thread.

In November last year, Paytm added 'Inbox' as a dedicated chat platform with features such as share photos, videos, and location as well as the ability to recall sent messages. That move was aimed to make things difficult for WhatsApp's payments feature that recently started rolling out in India.

Contrary to Paytm's Inbox, the WhatsApp payments feature is available within the instant messaging app to offer users an integrated way to send and receive money while simultaneously interacting with their contacts using text, video, and voice messages. It is based on the Indian government's Unified Payments Interface (UPI) standard. WhatsApp is yet to release the payments feature for the masses. However, it already received some criticism from Paytm allegedly for violating the interoperability of UPI.

It is interesting to see how Google Tez will attract users through the new chat feature. The app has over 12 million users, as of December, and processed 140 million transactions since its launch in September last year. Earlier this month, the Tez app added utility bill payments support and added over 70 billers on board.