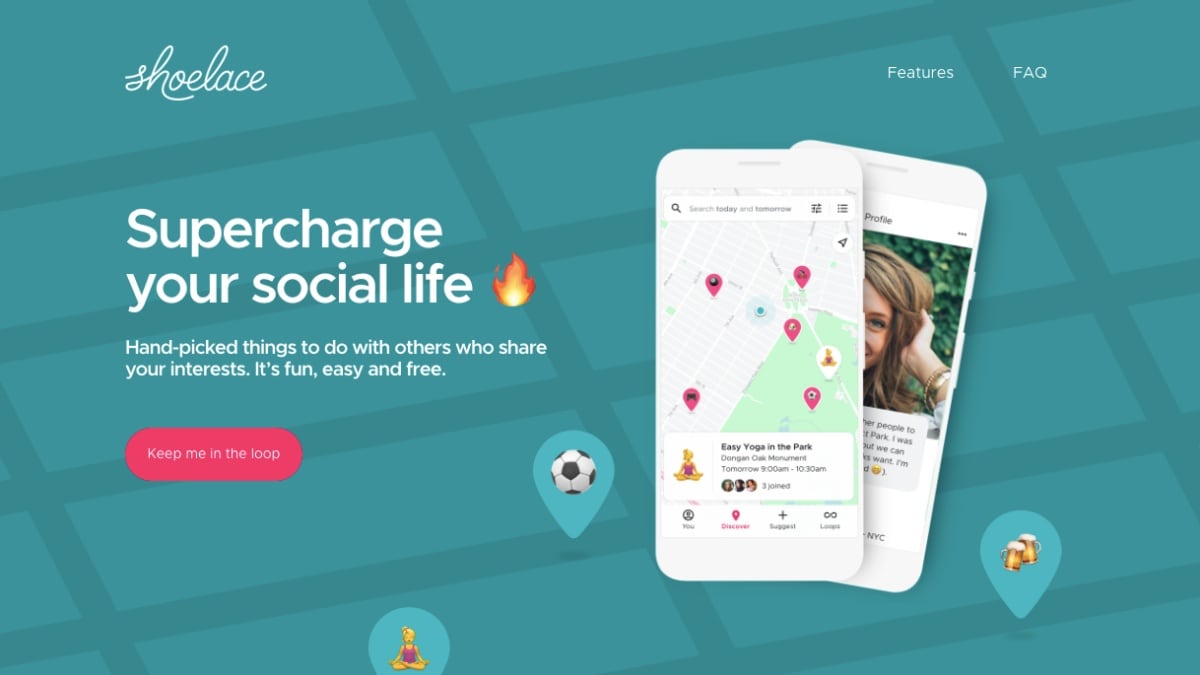 It seems Google isn't done with social networks. After numerous high-profiles failures, including Google+, the search giant is (sort of) trying its hands again at social networking with its latest app called Shoelace. The app, which comes from Google's in-house incubator Area 120, is aimed at helping people find activities to do and people to do those activities with. It doesn't seem similar to your typical social networks like Facebook or Twitter, and encourages people to do things in real life, rather than connecting with others on the Web.

As per the Shoelace's official website, it is only available in New York City right now. The app asks users for their interests and then recommends a series of “hand-picked” local activities. These activities are called “Loops”. The users can also create their activities and invites others to join in.

The website notes that the app is great for people who have recently moved to a new city and don't know many people but are looking to meet others. Although, as we noted earlier, the app is limited to New York City right now, the developers are planning to expand to other cities across the United States, but there is no time-frame on when that would happen.

“While our goal is to bring Shoelace to cities nationwide [United States], we've decided to focus our efforts on New York City at first,” Shoelace's official website mentions. “This will help us determine what works and what doesn't as we work to make the app available to more people.”

Along with the geographical restrictions, Shoelace is also invite-only right now, and the app has partnered with select communities. You can request an invite by filling up this Google form. The Shoelace app can be downloaded via Google Play Store and App Store (via Test Flight).