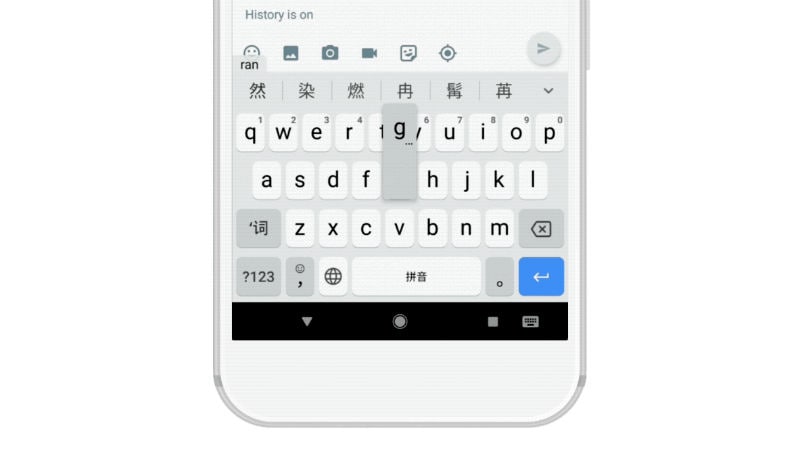 Gboard and Google Photos were both in the news this week

Gboard and Google Photos have made headlines again this week. Google has announced that Gboard for Android now supports more than 500 language varieties. In the meanwhile, Google has also increased the limit of uploads to private albums. To recall, Google launched the virtual keyboard on Android in 2016 with support for nearly 100 different language varieties and since then, it keeps on expanding and getting new languages. Separately, Google has upgraded the private album limit on Google Photos to 20,000 images. The search giant was previously spotted having its Live Albums feature with a limit of 10,000 images. Google has also upgraded AI-powered Google Lens with the ability to recognise over a billion items. The tool that was released back in October last year was originally using artificial neural networks to recognise close to 250,000 items.

Among other latest changes made by Google, Gboard for Android has crossed the mark of supporting 500 languages - precisely 576 language varieties. This is significantly higher than the initial number of 100 language varieties that debuted along with Gboard back in December 2016. Google says that over the last few months, its Gboard team has managed to add more than one hundred new languages.

Alongside supporting a large number of language varieties, Gboard is touted to be compatible with over 40 distinct scripts - ranging from alphabets used across many languages such as Roman and Cyrillic to scripts that are exclusive to one language such as Ol Chiki for Santali.

"Many of Gboard's newly added languages are traditionally not widely written, such as in newspapers or books, so they're rarely found online," writes Daan van Esch, Technical Program Manager, Gboard, in a blog post. "But as we spend more time on our phones on messaging apps and social media, people are now typing in these languages more than ever. The ability to easily type in these languages lets people communicate with others in the language they would normally speak face-to-face as well."

Google believes that with its wide selection of language varieties, Gboard is now supporting more than 90 percent of the global population's first language. The company also creates a new machine learning language model every time when it adds a new language to the keyboard. "This model trains Gboard to know when and how to autocorrect your typing, or to predict your next word," the executive writes.

You can download the latest Gboard for Android on your device directly from Google Play.

Aside from the fresh update to Gboard, Google Photos has been updated with an expanded private photo album limit. It was spotted in October that the Live Albums feature on Google Photos that is designed to segregate photos into separate collections was supporting 10,000 photos. However, Google has now raised that limit to 20,000 photos.

As reported by Android Police upon being notified by a tipster, Google is showing the new limit for private albums on one of its support pages. It will be interesting to see that how many users will soon be able to hit the limit, though.

Google has additionally announced that Google Lens now has the ability to recognise over a billion items. This is four times the number the Lens tool covered at the time of its launch last year. Essentially, Google has upgraded the OCR engine that is backing the tool to identify product labels using neural networks.

Alongside recognising products labels, Google Lens is capable of identifying ideas such as shoes or jewellery in a certain style. There is a dedicated style search feature that once you point your camera at outfits or home decor gives suggestions of items that are stylistically similar.

At the I/O developer conference in May this year, Google Lens was showcased with features such as real-time lookup and a smart text selection. The Android maker also announced a Google Lens integration within the default camera apps on smartphones by vendors such as LG, Motorola, Xiaomi, Sony, HMD Global/ Nokia, and OnePlus. Moreover, the Google Camera app on Pixel and Nexus devices integrated Google Lens earlier this year.