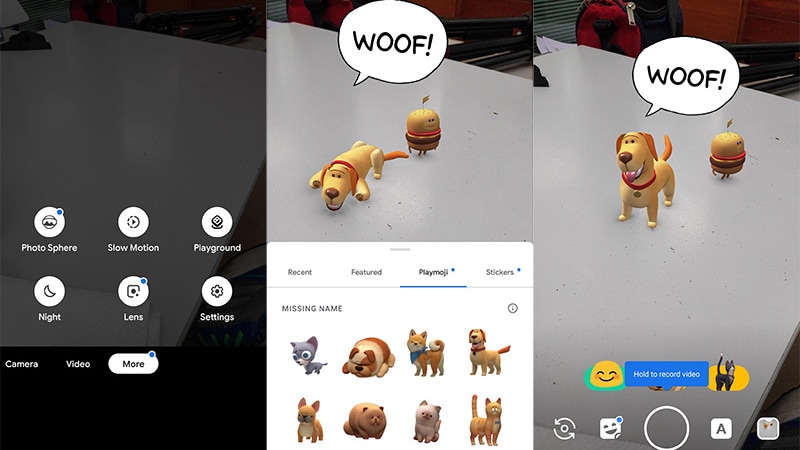 Google launched AR Stickers with the Pixel 2 and updated it to the Playground and launched it with the Pixel 3. While these stickers made their way to older Pixel devices, it wasn't available on any smartphone outside Google's lineup, until now. Thanks to the developers at XDA Developers, you can have these running on any device running Android Pie.

This is mainly the work of XDA member and contributor Arnova8G2, the same member who ported the official Google Camera app to other smartphones. The last port brought features like Night Sight to other smartphones and with this new port, you can have Playground on your Android Pie device. The new port requires you to install an APK file and works without root - making it convenient for a lot of users.

The Google Playground port will only work on smartphones with AR support and you might want to check if your smartphone is on this list before proceeding. If your phone is supported, you might have to go and download the ARCore by Google app from Google Play Store.

Once you have downloaded the ARCore app, you can go ahead and download the modded Playground App on your device. This apk is 470mb in size and has all the Playground elements which are required for it to work.

You can drag and drop these AR elements into the viewfinder and you should be able to click photos with these AR Characters. Some also have certain actions that they can perform.

Drone Delivers Vaccines in Key Vanuatu Trial
CAPTCHAs Could Soon Be Made Obsolete, Thanks to New AI-Based Attack