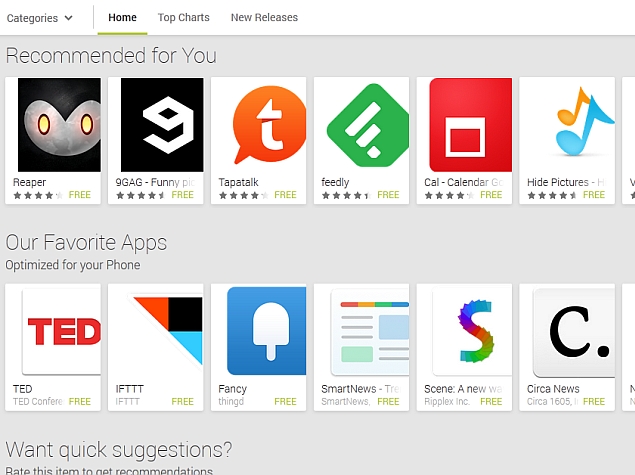 Google, in order to bump up its revenue from Android apps, is planning to introduce a new app trial system for Google Play, claims a recent report.

Aimed at paid Android apps, the proposed trial system would let Android users download "micro apps" that would include a subset of features from the full app that interested users want to try.

The reported trial system, apart from allowing users to try out a paid app before considering paying up for it, would also help users save time and Internet data on smartphones, reports The Information (via Engadget).

Furthermore, the micro app approach might also save developers from creating a new free version of the paid app. The process for developers to break up an app into a bunch of features has not been detailed by the report, but Engadget points out that Google had recently unveiled a new way to update apps that will allow users to just download the changed sections, rather than a whole new app. This might have some bearing in the micro app system.

Currently, iOS apps lead the charge when it comes to generating revenues, however Google continues to dominate the operating system market share.

Officially, besides showing in-app purchase price ranges earlier this month, Google also confirmed last month that the return period or refund-window for Google Play's apps and games is 2 hours instead of 15 minutes.

The firm additionally mentioned that a user cannot return an app or game more than once. The latest move by Google to extend the refund-window on Google Play for apps and games to 2 hours is expected to decrease the number of negative app reviews that are posted by annoyed consumers who in the past were unable to get a refund under the 15-minutes return policy which was rolled out back in 2010.

A redesigned Google Play might also be released soon as per a recent leak. The changes are guided by the company's Material Design concept. The company seems set bring more a more vivid palette of colours to its Google Play app, along with a richer visual feel.