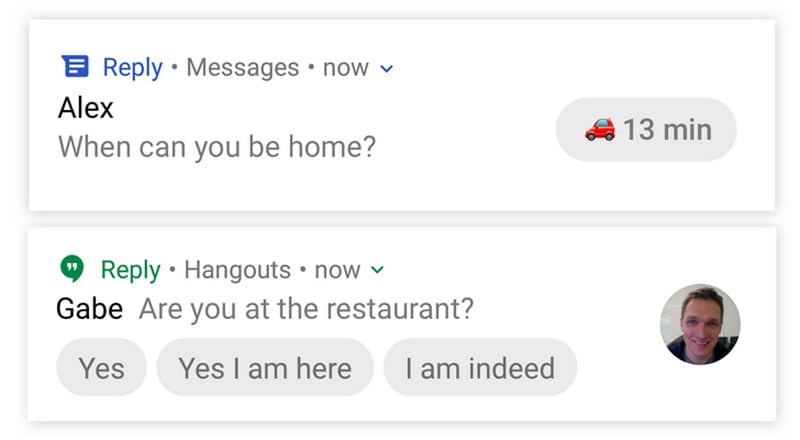 Google seems to be working on bringing a revolutionary solution to messaging apps on Android. The tech giant's Area 120 division - which works on experimental products - has sent out invites to try out a new app called "Reply" that aims at expanding Allo's Smart Reply feature to most major messaging apps, whether native or third-party. The app will apparently use contextual machine learning to offer the best possible replies for message notifications. The app is initially expected to be available only on Android.

A report by Android Police got hold of the email sent out to testers revealing some of the key features of the upcoming Reply app. According to the screenshots, Reply will have basic functions like responding to messages that require a Yes/ No reply. For instance, "Are you at the restaurant?", "Are you home yet?" Apart from that, it will also be able to offer advanced context for questions like "When can you be home?" by pulling up data from Google Maps. And, other functionality will include a Do Not Disturb mode that puts messages on silent when you are driving, a Vacation Responder, and a mode for urgent messages.

The invite form sent by Google's Area 120 seems fairly basic. It asks for your preferred messaging apps and how frequently you use them. Providing an email address is compulsory for signing up. An APK hasn't been released yet for testers.

The official email claims that Reply is expected to work with major messaging apps including Hangouts, WhatsApp, Facebook, Messenger, Android Messages, Skype, Twitter DMs, and Slack. Do note that a Smart Reply feature has been rolled out for Android Messages, albeit only for Project Fi users currently.

An APK teardown surfaced online last month detailing features of version 6.9 (beta) of the Gboard app. Code extracted from the APK suggests that Smart Reply will be rolled out to Gboard's incoming notifications in future updates. This feature is expected to work with apps such as Allo, Android Messages, Hangouts, Facebook, Messenger Lite, WhatsApp, Facebook Messenger, and Tencent.