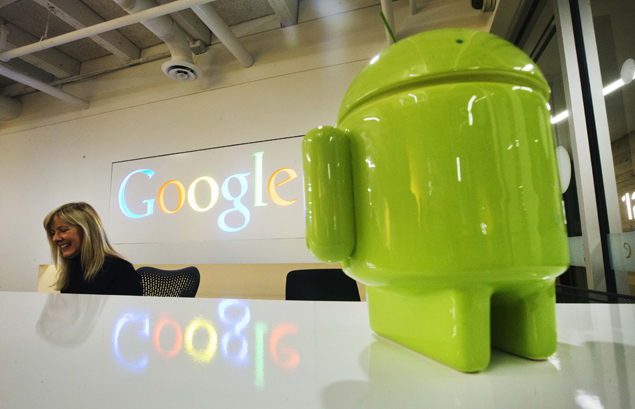 Google Inc has removed an experimental privacy feature from its Android mobile software that had allowed users to block apps from collecting personal information such as address book data and a user's location.

The change means that owners of smartphones using Android 4.4.2, the latest version of the world's most popular operating system for mobile devices released this week, must provide access to their personal data in order to use certain apps.

A company spokesman said the feature had been included by accident in Android 4.3, the version released last summer.

"We are suspicious of this explanation, and do not think that it in any way justifies removing the feature rather than improving it," said Peter Eckersley, technology projects director at the Electronic Frontier Foundation. The digital rights website first publicized the change in a blog post on Friday.

Android users who wish to retain the privacy controls by not upgrading to Android 4.4.2 could be vulnerable to security risks, Eckersley said. "For the time being, users will need to chose between either privacy or security on the Android devices, but not both."

Many third-party apps for Android devices, such as music-identifying service Shazam and popular smartphone flashlight apps, require access to personal information that does not always have an obvious connection to the app's functionality, such as phone call information and location data.

The privacy feature allowed users to pick and choose which personal data a third-party app can collect, Eckersley said. Users had to install a special Apps Ops Launcher software, which was created by another company, in order to access the hidden privacy controls.

Android was loaded on 81 percent of all smartphones shipped worldwide in the third quarter, according to industry research firm IDC. Apple Inc's iOS, the software used on the iPhone, had 12.9 percent market share.

Privacy has become an increasingly important issue as smartphones, which are loaded with consumers' personal information, become the primary computing device for many consumers. In November Google agreed to pay a $17 million fine to settle allegations that it secretly tracked Web users by placing special digital files on the Web browsers of their smartphones.