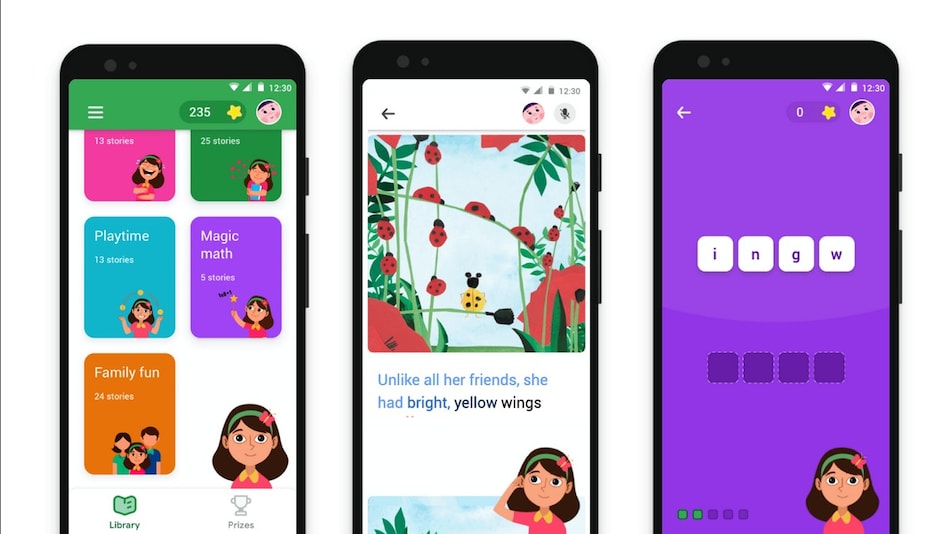 Read Along was launched in India as Bolo in March 2019

Google on Thursday launched Read Along Android app that will help children aged five years or more to practice reading. Early access to the app is now available in more than 180 countries worldwide. The new app is based on Bolo, a speech-based reading-tutor app that was launched in India by Google in March last year. Read Along uses speech recognition technology to guide the children as they read the text. The app (and Bolo in India) is now available in nine languages including English, Hindi, Marathi, Bengali, Tamil, Telugu, Urdu, Spanish, and Portuguese.

Google said that after receiving positive feedback from parents in India, Google has brought the app with a new name to people across the world. The app continues to be called Bolo in India. The company has also provided an in-app reading buddy called Diya. With the use of text-to-speech and speech recognition technology, Diya checks whether a student is able to read properly or not. It also gives them verbal and visual feedback while they are reading the story. Learners can also ask Diya for help at any time.

The app has many stories from across the world with games in between as well as badges to motivate the children to learn more. Parents can also create multiple profiles for multiple learners to keep track of individual progress.

Further, Google has mentioned that the company has taken care of the privacy and safety of the children in this app. It says that after downloading the app and stories, the app works offline without Internet. However, parents can download more stories via the Internet.

The company also says that Read Along analyses voice data on the device itself rather than sending it to Google servers.

This is one of the moves by Google focused on learning at the time of coronavirus crisis. The company previously launched YouTube Learning to help students and educators who are staying at home due to COVID-19 pandemic.