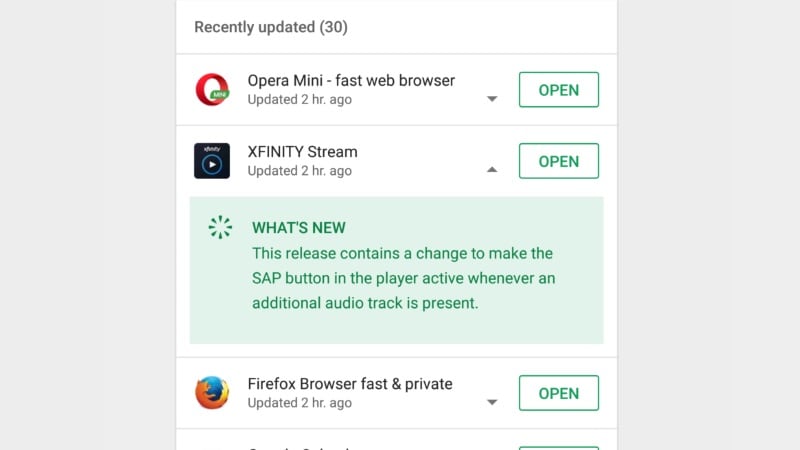 App updates are not among the most exciting things that you do with your operating system but Google Play's latest update has now brought a welcome change to the update screen. With the version v8.0.22 update, Google Play will show you changelogs for the recently updated apps right on the update overview screen itself.

What this means is, you will be able to see the changelog to any app update right from the update overview screen by simply tapping on the downward arrow, as pointed out in a report by Android Police. Notably, users earlier had to go to each application's listing page to figure out the new changes that were brought with the latest update.

Although this change might not appear like a big deal at first but it definitely brings more convenience to the entire update process and makes it less tedious than before.

While other changes that come with Google Play v8.0.22 are currently not known, interested users can get the installation file from APKMirror, or wait for the gradual rollout to complete.

Earlier this year, Google introduced a revamped interface for the My Apps section with the Google Play store to make it easier to browse through. The update brought along better organised categories and more utility than before. With the update, Google Play introduced the ability for the users to organise the list of installed apps according to various factors including Alphabetical, Last Updated, Last Used, and Size.