Google Play Store is Getting an ‘Offers’ Tab That Will Highlight Best Deals on Games, Apps, Movies

The ‘Offers’ tab is located at the bottom of the Google Play store app on Android devices. 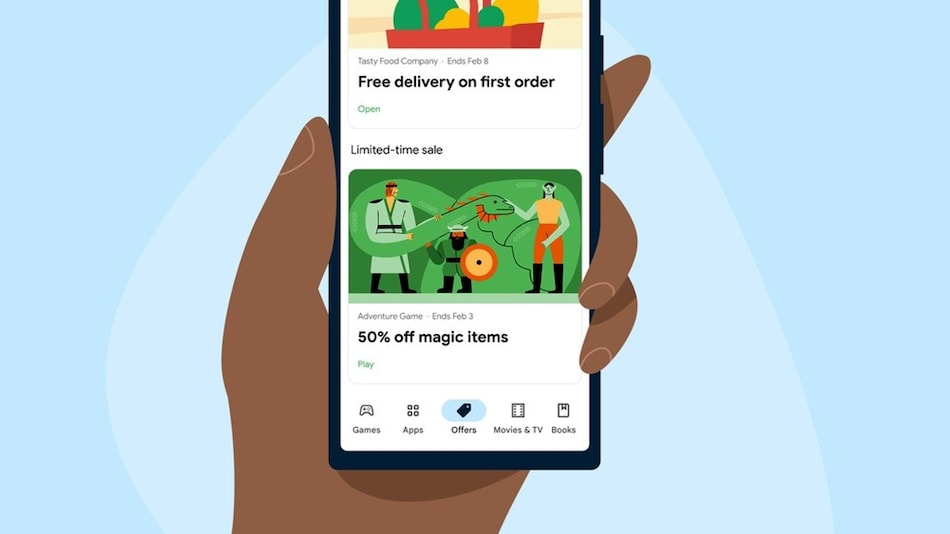 Google Play store is getting a new ‘Offers' tab that is designed to give users easy access to deals on games and apps. Google says the tab will provide deals across travel, shopping, media, fitness, and entertainment apps. This feature's rollout is currently underway with users in the US, India, and Indonesia getting it first. This feature will be made available to more countries later in 2022. The Offers tab is located at the bottom of the Google Play store app on Android mobile devices.

Google is partnering up with the developers of some of the top-performing apps and games on the Google Play store. It plans to add new deals every day to Google Play.

“Offers is a win-win. We get an additional touchpoint with people to share information about a valuable promotion or update, and people can easily redeem the offer by opening the Strava app from the Offers tab”, said Allison Boyd of Strava in a prepared statement.

While announcing the new feature, David Winer, Product Manager at Google Play said: "Sections like 'Offers for apps you might like' help you easily find deals that are relevant to you." Winer said that users can take advantage of all kinds of deals through the Offers tab.

Gamers can expect to find limited-time deals on in-game items like orbs or tokens. Apps can feature their rewards and bundles on the tab like free rides or deliveries. Users on the lookout for sales on movies and books can benefit from the deals available on the Offers tab. Developers can also entice new users with 30-day trials and other extended offers through this tab.

Recently, the search giant also launched a limited beta on Windows for its Google Play Games service. The company aims to bring Android gaming titles to PCs and laptops in its bid to capture a wider gaming audience. The beta is listed to feature titles like Asphalt 9: Legends, Magic Rush: Heroes, Rise of Empires: Ice and Fire, and War Planet Online.