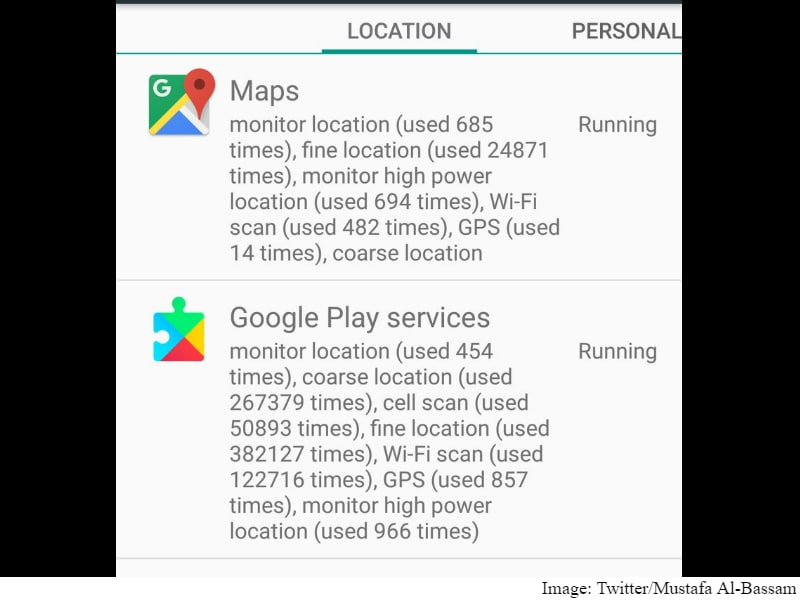 It appears that with recent versions of Android, Google is making it very difficult for users to turn off location tracking on their devices. According to a security researcher, the culprit is Google Play services - the background service of Google Play, Android's official app and content store. The only way to avoid this is by turning off location services for all apps.

The news came to the fore when researcher Mustafa Al-Bassam shared his experience on Twitter. He said that Google Play was tracking his location, and suggesting apps to download based in the area he was in. He says he received a notification to download the McDonald's app when he entered an outlet of the fast food chain.

At first, Al-Bassam assumed Google Maps was the culprit, but soon discovered it was Google Play that was causing the problem - tracking the user's location 24x7. If you try to switch off location for Google Play (via Apps > Google Play Store > Permissions), recent versions of Android will discourage you to do so, by serving a dialogue box stating that all apps location access will be revoked if Google Play's location is switched off. This is because Google Play serves a location API to apps that choose to use it, which means if Google Play has no access to location, no other app on your smartphone will. Al-Bassam also says, "Google is encouraging developers to use the Play location API instead of the native API, making an open OS dependent on proprietary software".

This is a serious breach of privacy, and Google should give the user an option to select which app gets to use their location, and which doesn't. Al-Bassam points to Google's own location guidelines to point out the irony of providing "fine-grained privacy controls". To note, Al-Bassam has not made it clear which versions of Android and Google Play services are are guilty of location tracking.

In the meanwhile, users are also reporting that the latest Google Play Android app version (6.9.15).is also eating up a lot of their battery, with many blaming the persistent desire to know where you are. Of course, the issue isn't especially new, with Google Play services and its location requests accused of eating up battery life in the past. Users claim that the previous 5.1.11 version works fine, and does not harm battery life in comparison.

Apps That Reward You Real Money for Doing Next to Nothing
When Is iOS 10 Out? Release Time Across the World