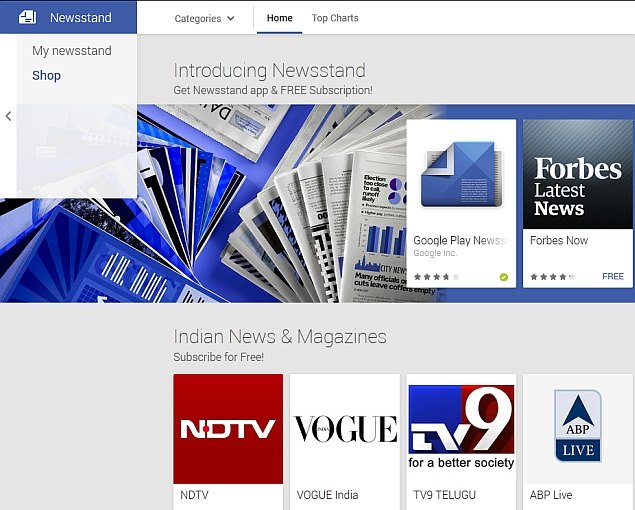 Google on Tuesday has rolled out access to the paid Google Play Newsstand content store in India, Russia, Spain and the Netherlands. The company in most regions used to only offer free content when it launched the service in 2013.

The company had announced the paid Google Play Newsstand service on Monday during the launch of Android One smartphones in India. Google had said that it has currently partnered with 30 Indian publications for the content such as NDTV Gadgets, NDTV, NDTV Movies, ABP Live, GQ India, ESPN and more. Users get a free trial of New York Times subscription for 60 days.

At present, all the Indian news and magazine content, and some international news content such as Forbes Now, Reuters, Bloomberg Television and more, is free for all Android users in the country.

Google during the Android One launch in India made another announcement that YouTube will be available offline in India in the coming weeks. It means that people can download videos in the YouTube app when they are connected to a Wi-Fi network, and then later, the video can be watched without a data connection. This is useful for both times when your connection is poor, and also for when you want to re-watch favourite videos.
Comments